Queen Elizabeth to remain under intensive medical care over… 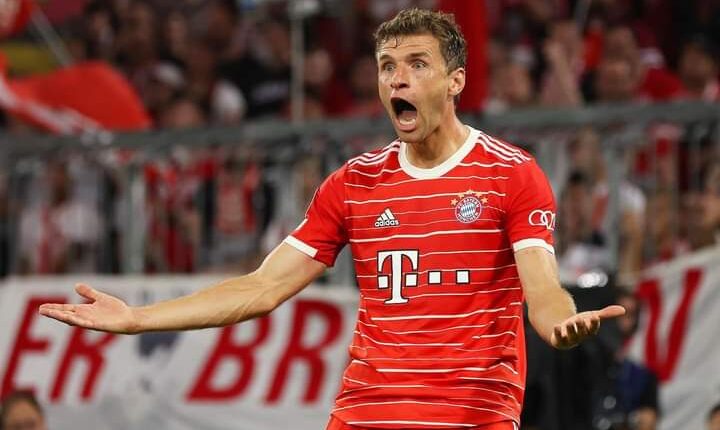 The home of Bayern Munich striker, Thomas Muller, has been reportedly attacked by robbers, carting away cash worth millions and other valuables during the Champions League game against Barcelona.

Muller’s villa in the small town of Wettlkam in the municipality of Otterfing, south of Munich, was broken into by the robbers who were said to have left immediately without leaving any trace.

The German forward’s home was broken into yesterday at about 10 pm, forcing him to leave the Allianz Arena after the game to see the extent of damage done to his home in Munich, Germany.

Attack on the striker, who was celebrating his birthday on the day, was confirmed by the police department in the city.

The police noted that cash, jewelry, and valuables were stolen from the footballer’s home while helping Bayern to a 2-0 win over Barcelona in the Champions League.

According to the police, there is still no trace of the burglars, and investigations are ongoing, to identify those responsible for the attacks.

“On Tuesday afternoon, several unknown assailants apparently broke into a family home in the municipality of Otterfing and stole cash, jewelry, and valuables in the mid-six-figure range.

“Despite massive police searches, there is no trace of the burglars. Detective Miesbach investigates.’