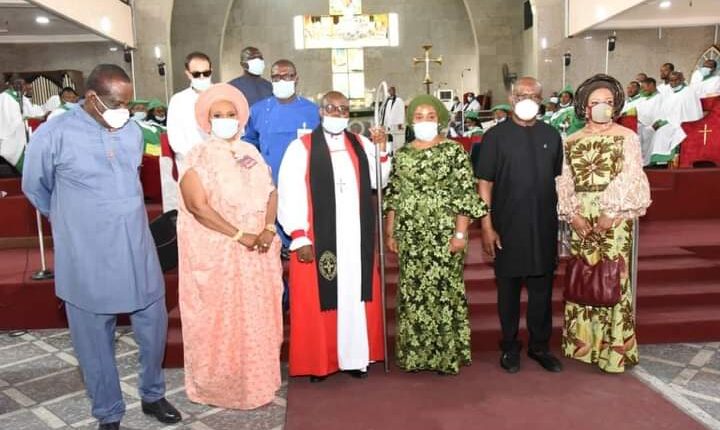 The Rivers State Governor, Nyesom Wike, has disclosed that plans are being concluded to put religious centers under key and lock over non-compliance of coronavirus among adherents and religious worshippers.

He explained that the decision being considered became imperative after cases and reports of flagrant disobedience to protocols introduced to mitigate the spread of the deadly respiratory disease by religious houses, particularly some churches across the state.

The Governor noted that the state government would have no option than to review restrictions on number of people allowed to worship in churches if the non-compliance continues.

Speaking during a special thanksgiving service at the Saint Thomas Anglican Church in Mile 2 Diobu, in Port Harcourt Local Government Area, Wike decried non-usage of facemasks by more than 80 per cent of worshippers during the service.

He said that his observation and other reports on non-compliance would compel the government to revisit its position on the number of worshippers allowed per session of such church services.

“85 per cent of those who are here are not wearing facemask and that is the problems we have. Nobody wants to obey simple instructions. The mere fact that we have agreed that we should worship and allowed everybody, does not mean that we should disobey the protocol.

“My lord Bishop, encourage our people to wear their face mask. It is very important. If this continues then I will go back and review the restriction to say it cannot be more than a particular number,” he said.

Lagos taskforce to go after motorists, other traffic violators