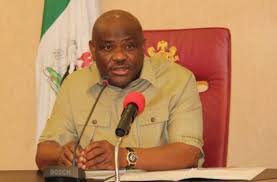 The Rivers State Government has pardoned 22 Exon Mobil staff who were recently arrested for violating the state’s lockdown directive, stating that legal action would no longer be taken against the company for the law breach.

It said that the pardon had come following close monitoring of the offenders while in quarantine, through which it had been determined that they posed no health threat of coronavirus to residents of the state if released from the facility by government.

The State Commissioner of Justice, Prof. Zaccheus Adangor, revealed that decision to pardon the offending petroleum company staff had come as a result of various interventions by well-meaning members of society.

Adangor, who confirmed pardon of the 22 persons through a statement released on Sunday, assured Rivers state residents that the erring staff had been quarantined in line with relevant health protocol and that it had been determined that their release would not pose risk to the state’s fight against covid19 infection.

The Attorney General disclosed that the release was unconditional and added that no charges would be pressed against the Exxon Mobil workers for violation of government orders.

He urged residents of the state to comply with the lockdown directive which he said had been implemented in order to safeguard life and health of the people.

“The Rivers State Government on Sunday released the 22 Staff of Exxon Mobil who were arrested for violating the State Executive Order restricting movement in the state. They were released without charge following interventions by well-meaning Nigerians”.