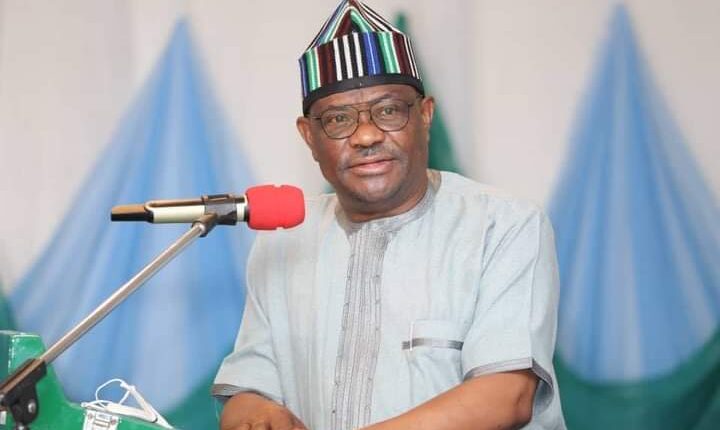 The Rivers State Governor, Nyesom Wike, has restated the need for governments to institute an enduring reward system for war veterans to justify the ultimate sacrifices that they make in keeping Nigeria safe and united.

The reward system, he claimed, would embolden officers of the armed forces to continue to put their lives at great risk in defence of the territorial integrity of Nigeria when they know that there is a permanent reward system established to cater to them and their families.

He stated this at the 2021 Emblem Appeal Fund Launching to mark the 2021 Armed Forces Remembrance Day celebration which held in Port Harcourt on Thursday.

The governor explained that most people do not quite appreciate the enormity of the hardship and trauma families go through losing their breadwinners who have volunteered to be part of the security agencies.

Wike said that if not for the soldiers and other security agencies who put their lives on the line daily to protect the rest of the citizens, insurgency in some parts of the country would have been worse.

He stated that one of the reasons why some policemen were targeted and killed during the EndSARS protest, was merely because they prevent crimes in society.

“Soldiers go to war, many of them come back wounded, many of them die in the battlefield. During the civil war, just to keep Nigeria one, people died. So you don’t understand what it takes for someone to volunteer and say that I want to be one of those who will protect our territorial integrity.

“Government must find something to put permanently on the ground, so that it will give them that assurance that, yes, indeed it’s worthy to die for the country,” Wike said.

The governor also assured that his administration would continue to offer members of the State Branch of the Nigerian legion necessary support that will cushion economic hardship on them.

Wike also used the occasion to redeem the sum of One Hundred and Seventy-One Million Naira (N171,000,000.00) he pledged to the Nigerian Legion for the scholarship of their children.

He also donated 20 million Naira to launch the emblem and enjoined the 23 Local Government councils in the State to donate One Million Naira each to support the launch.

On his part, the Secretary to the Rivers State Government, Dr. Tammy Danagogo, said that the Emblem Appeal Launching offers another opportunity for well-meaning individuals and corporate bodies to support the veterans for their sacrifices and also to boost their morale to elicit optimal performance.

Danagogo said that the Wike administration had over the years invested generously in promoting the welfare of members of the state chapter of Nigeria legion.

He stated that Governor Wike recently gave N20 million Naira each to widows of the six soldiers and four police officers who were killed by members of the outlawed Indigenous People of Biafra (IPOB) militants who hijacked the #EndSARS protest in Oyigbo.

Rivers State Chairman of Nigeria Legion, ACG Justice Chichi noted that Nigeria is still immersed in the fight against Boko Haram, bandits and other forms of insurgency and the security agencies are operationally ready to confront them as a commitment to protecting sovereignty of Nigeria and to ensure safe climate for steady economic growth.

He thanked Wike for the several supports given to the legion to serve as their major benefactor and appealed to him to fulfil the pledge of fund for the scholarship scheme meant for children of the war veterans.