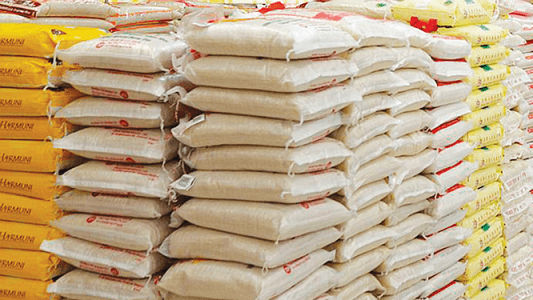 The major meal in this part of the World is the edible starchy cereal grain — Rice. Roughly one-half of the world population is wholly dependent upon rice as a staple food; 95 percent of the world’s rice crop is eaten by humans.

For a Magician in the culinary World, this meal can be revolved to create varieties of recipes. You can transform the most meager meals into extravagant feasts, or serve as speedy breakfast and weeknight wonder all at once. It can work across cultures, cuisines and courses.

For many, rice is just a staple food. But what I have learned over the years — and what the recipes that follow showcase — is that rice can be so much more. There are different types of rice which are white rice, brown rice, parboiled white rice and enriched rice.

The manner in which rice is processed affects its nutritional profile. Brown rice, where only the husk is removed, contains about 8 percent protein and small amounts of fats; it also has thiamine, niacin, riboflavin, iron, and calcium. White rice, where the husk and bran are removed, is greatly diminished in nutrients. Parboiled white rice retains most of the nutrients, and enriched rice has iron and B vitamins added to it.

Health benefit of consuming Rice according to Nutritionist

Rice is one of the most important dietary carbohydrates in the world, with over half the global population depending on it. Typically boiled or steamed, rice can also be ground into a gluten-free flour.

White rice nutritionally has less fibre and protein than the wholegrain equivalent. Brown rice, on the other hand, is more nutritious- and fibre-rich and retains a nutty flavour.

Ofada rice and beans with veggie