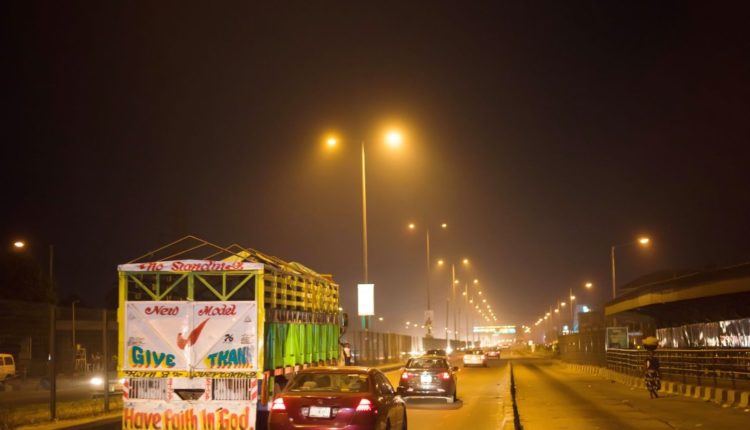 While the COVID-19 lockdown was declared in Lagos, residents kept vigil around border communities as insecurity became an issue to battle with. With the reports of thieves breaking into homes, there were bonfires in some locations; others came out at the full glare of street light to monitor activities around their vicinities. But one thing stands out during those trying periods when people stayed at home to avoid being infected with the novel coronavirus. The street lights were fully operational to keep the roads and streets well illuminated. This helped the security officials maneuver their ways to overpower the rising insecurity and keep the residents safe in their homes again. The assailants disappeared as there was no hiding place for them to operate when the lights were beaming across the pavements.

Some would say that it was the security operatives or local vigilante that kept communities safe during that period but on a broader spectrum, the true essence of good leadership is appointing capable hands at the helms of affairs and freely delegating.

That is the Lagos dream of Governor Babajide Sanwo-Olu, a safer city for all residents and visitors. As the governor marks one year in office, one of his notable achievements that we cannot but emphasize on is the area of security. And to achieve this, the governor has revamped the Lagos streetlight project to make the city a safe haven for all. Just in the space of one year, more streets and roads have been connected to the street light project. Entering Lagos at night, anyone can testify to the fact that it is hard to drive under the cover of darkness. From Ojodu-Berger, Ojota, Oshodi to the extreme of Abule-Egba, the lights are everywhere to keep the megacity alive 24 hours.

It is no gainsaying when Lagos boasts as the 5th largest economy in Africa and the index economic nerve in Nigeria. One great attribute of a booming economic center would be its similitude to New York, a city that never sleeps.

The economy of Lagos revolves around the clock and that means there’s a steady need for the provision of certain amenities such as security, infrastructure, power, and others. Nightlife in Lagos is not driven by the entertainment the city offers alone but by commercial activities like trading, food outlets, and all, which means a fair share of Lagos population is out on the road and streets in the evening eking out a living. In the subconscious, no one would be found outside where there’s insecurity, restlessness, loss of properties, and lives.

A greater and smart Lagos cannot be achieved without a 24-hour economy.

Street lights, no doubt, are a vital element in the creation of navigable, safe, and successful cities. And with the deserved title of the nation’s economic capital, this comes with significant implications. One of these is the influx of people from not just crevices of the country, but the world as a whole, and this has contributed to an increase in the rate of criminal activities. The innovative introduction of street lights, therefore, enables a sense of security amidst the hustle and bustle of the city’s nightlife. It fosters a comprehensive sense of safety, belonging, and identity between Lagosians while ultimately achieving extensive communication and serving as an encouragement to social interactions.

Areas in Lagos that have been neglected in the past had their complaints addressed when Governor Babajide Sanwo-Olu assumed office and set up his team, a ripple effect of this would be the creation of indirect jobs in places like Badagry. It has also become a realization that roads accident recorded at night has reduced greatly in places where street lights are functional.

The distribution of street lights has been without dichotomy. On the mainland, Surulere and popular streets like Adeniran Ogunsanya have hitherto attested to the boost in security and comfort of thrilled customers that patronizes their businesses. The aesthetics of places that are lit cannot be overlooked. A few examples are the stretch of Ozumba Mbadiwe in Victoria Island, Badagry roundabout, Ikorodu road amongst many others.

Most importantly, rural communities in the state are not left out of the movement. To maintain the Lagos cosmopolitan flair, it demands that the rural communities are carried along. Today, if you get to communities in Ikorodu, Aboru, Ayobo, Old Ota/Ekoro, Bakare Winfunke, and Idimu, the outlook has changed. Residents freely move around at night under the brightness of the street lamps.

And here, street lights have come to contribute significantly to wayfaring in the 21st Century. It will be contradictory to a progressive mandate to procure signposts, routes, and road signs indicating directions without the lighting to make them useful at vital moments. Here, the government has established consistency in maximizing available resources on the road to the fast achieving dream of a greater Lagos.

The Lagos experience has been able to demonstrate the underrated importance of these elements in daily road use. Street lights have been known to enhance driving visibility. This is as a result of their ability to brighten surrounding roads while at the same time decreasing the glare from oncoming vehicle headlights. Giving drivers a better visual perception of their environment and a maneuver advantage in the event of any inconveniences. Streetlights also help to illuminate surrounding areas so as to alert drivers and pedestrians alike on possible hazards. They, therefore, occupy a strategic position with reference to the maintenance of road and transport security and safety.

The inherent survival instinct of Lagosians has earned them the reputation of being significantly productive and flexible. When provided with even the slightest of opportunities, the average Lagosian has been proven to exhibit essential attributes of productivity that would enable him to feature as an essential player within the economic pyramid. Street lighting furnishes Lagosians with the opportunity to be industrious and productive through the illumination of strategic points from whence they then offer their pitch to the dynamic audience. Under their incandescent glow, it is easy to spot the essential trader running his/her midnight shift, an irreplaceable element of the Lasgidi experience.

Definitely, we cannot shy away from the fact that there are still challenges here and there in reaching the nooks and crannies of Lagos, making the Lagos megacity dream a reality demands joint effort. As the governor soldiers on, I believe subsequent years offer more hope and illumination that Lagos can indeed shine bright in all spheres and keep its inhabitants safe even in the darkest of nights.