How 26 schoolchildren died during fire disaster in Niger 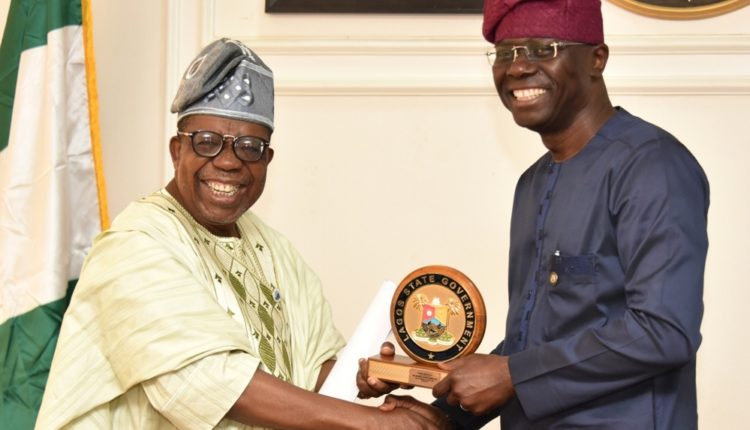 The Association of Retired Heads of Service and Permanent Secretaries of Lagos State (ALARHOSPS) has donated the sum of one million Naira to support the Lagos State Government fight against the deadly coronavirus pandemic in the state.

It explained that the prompt response of the Governor Babajide Sanwo-led team to curtail spread, identify, trace and isolate all individuals that have come into contact with confirmed cases, its accompanied treatment and success rate being recorded in the fight against the virus had necessitated the modest donation.

The President of the Association, Mohammed Ajibola-Olagbaye, while lauding the state government said the administration’s excellent approach in handling the index case and accompanied cases, and measures put in place in its public health response and protocols had set them apart, thus putting them at the forefront of the fight against the pandemic in Nigeria.

The Chairman in a statement released to newsmen on Monday said, the Sanwo-Olu-led team’s satisfactorily management of the pandemic was noted by Nigerians, thus the commendations from both local and international observers.

“The Association of Retired Heads of Service and Permanent Secretaries of Lagos State (ALARHOSPS) notes with great satisfaction the prompt and decisive steps being taken by Governor Babajide Olusola Sanwo-Olu’s administration in the containment of the dreaded Covid-19 pandemic in Lagos State.

“These efforts being frontally led by Governor Sanwo-Olu have attracted widespread commendation from local and international observers. We are proud of you.”

He noted that the association will not relent after its contribution to the fund created for the successful prosecution of the war against coronavirus in the state, adding that members of the Association were also on hand to support the effective distribution of palliative foodstuff to needy members of the society.

“While praying the Almighty God to grant success to the worldwide efforts to end the pandemic, we pledge our readiness to assist the Lagos State government in the march towards restoring normalcy in the state,” the statement added.