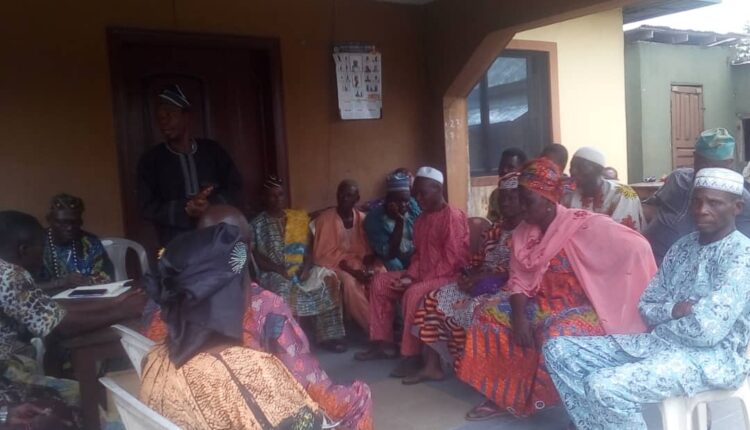 Residents of Ode-Omi Community in Ogun Waterside Local Government, Ogun State, have been in panic mode following the mysterious deaths of atleast five youths and several others battling with a strange disease in the town.

Following the development, as gathered, economic activities have been grounded within the community, leaving residents to engage in different menial activities for survival in the council.

It was learnt that the community elders, after the fifth youth was confirmed dead, embarked on wild consultations and were informed that the crisis confronting the community was due to a disregard for the traditional rites.

The outcome of the community elders’ findings were revealed during an emergency stakeholders’ forum held within the community which also serves as an avenue for the residents to proffer possible solutions to the challenges facing them.

During the meeting, the elders attributed the developments to alleged gross violation of traditions of the community by the Caretaker  Chairman for the council, Femi Onanuga.

They further argued that the chairman did not heed their advice after the demise of their former traditional ruler, Oba Adenuga Okunniyi, in June 2019.

The community, therefore, appealed to the Governor, Dapo Abiodun, and the Awujale of Ijebuland, Oba Sikiru Adetona, who is the custodian of tradition and culture of Ijebuland, to prevail on him not to rewrite the culture and traditional heritage of the community by his action.

Speaking on behalf of the community, the Oshodi of Ode-Omi, Chief Oluwole Opele, stated that consultations revealed said the trouble confronting the town started when the council boss allegedly shunned tradition, in an effort to fill the vacant stool and end the interregnum, and started processes of imposing a monarch on them.

To correct the crisis confronting the community, Opele stated that the town decision was that the ongoing process to install a new monarch for Ode-Omi be suspended until the rites for passage of the late monarch would be completed. 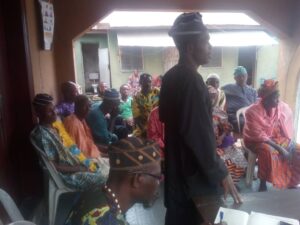 At the meeting, it was resolved that four women would be holding a meeting with the council chairman on Monday, January 18, 2021 at a destination that would be preferred by the chairman.

Opele explained that the essence of the meeting was to explain the stance of the community and the implication of his actions especially how it had affected peoples’ survival.

Responding to the allegations raised by the residents, Onanuga faulted the residents’ claims and insisted that necessary rites to ease the passage of late monarch had been concluded.

The chairman further disclosed that he had met with title Chiefs from the community but on contrary, the Oloros and Osugbos were yet to be duly informed.