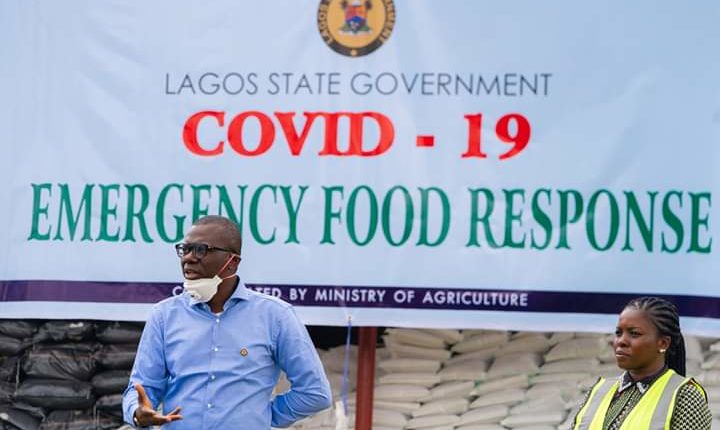 Some residents in Abule Egba area of Lagos State have allegedly looted the storage where the government is keeping the relief packages meant to cushion the economic effects and sudden life changes occasioned by restriction placed on movement by the Federal Government on the indigents.

In a video clip obtained by the Guild, the residents can be seen in a free for all manner, jumping over from the fence of the storage facility with packages of food items in their hands.

The thirty seconds video clip showed residents numbering over fifty scrambling to gain entrance into the facility and some rushing out of it to quickly hide their loots before relevant authorities arrived the area.

It would be recalled that the state government had earlier announced that it will distribute food packs to over 200,000 Lagosian families, a move, it said was to alleviate some of the sufferings being faced as a result of the forced isolation and lockdown directives in the state.

It explained that the Governor, Babajide Sanwo-Olu-led administration understood the hardships which would be faced by people due to them having to stay indoors in obedience to directives on preventing spread of the deadly coronavirus pandemic, and that the food packs were in order to stand as a form of economic stimulus packages for the people.

The packages which contained bags of rice, beans, and other edible commodities, the Governor said, would be distributed using information from Lagos State Social register as well as 4,000 community development association registers in the state’s 377 wards.

However, there had been alleged cases of sabotage in the distribution of the packages as some residents reportedly claimed that only selected few were receiving the food items as against the government promise.