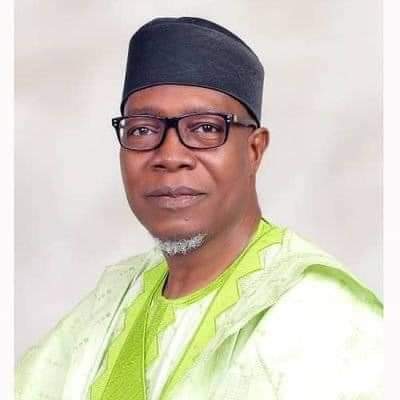 Less than 24 hours to the reopening of schools across Nigeria, the House of Representatives has written to the Federal Government, faulting the resumption of academic activities amid COVID-19 spike and demanded that the government extend the date by another three months to allow adequate preparation of the schools.

The lawmakers further argued that when the schools are reopened in April, the government should introduce morning and afternoon learning batches to reduce overcrowding since there were no facilities for effective social distancing in the classrooms which were part of the compliance requirements.

Aside from that, the house further demanded that the school feeding programme, designed to boost enrolment and learning, should be suspended and that the meal converted to sealable snacks that could be distributed once classes were over.

The Chairman of the House Committee on Basic Education and Services, Prof Julius Ihonvbere, in a letter yesterday, expressed worries that when the infection rates hovered around 500 and under, schools were closed but after it skyrockets and hovers well above 1000 infections daily, schools were being reopened for academic activities.

He said that we “acknowledge the argument that most young persons have not been as affected by Covid-19 and many are asymptomatic. Yet, it does not mean they have full immunity against the virus. We also know that they would be working and interacting with adult teachers, administrative workers and other persons that do not live within the institutions.

“Our position is that in spite of the very comprehensive protocols established by the Federal Ministry of Education, not up to 10 per cent of our educational institutions have implemented five per cent of the protocols. In most of our primary and secondary schools nationwide, adequate furniture, water and other sanitation and hygiene facilities do not exist. Many poor parents would require support with facemasks and sanitizers for their children. We have not heard of how this would be addressed.

“We doubt that teachers, instructors and school managers have been adequately trained and prepared to handle Covid-19 safety protocols. We also know that adequate funds have not been provided to schools to cope with demands that accompany the new normal.

“We would like to challenge the Federal Ministry of Education to first, independently monitor the extent of basic compliance with established protocols in all our schools and not just take words of state and local authorities as given. The lives of our children are worth much more than the interests and comfort of any politician or bureaucrat. It is only after a minimum 75 percent nationwide compliance that we can seriously talk about reopening schools,” the chairman added.

Ihonvbere stressed that aside from Lagos and a couple of other states where COVID-19 enforcement was still ongoing, other states were currently unable to enforce Covid-19 protocols, saying, people no longer wear facemasks or use sanitizers.

The lawmaker added that public enlightenment campaigns have nosedived and Nigerians merely adhere to the protocols and there was no guarantee for compliance especially in rural areas where the situation was currently worse.

“As a government that has committed to protecting the interests of the Nigerian people, it would be wrong to allow unprepared state governments, of which many did not take the pandemic too seriously anyway, to hoodwink or pressure it into this reopening game.

“The Committee believes that if these and other critical steps are not taken, there should be a postponement by three months to enable the local and state governments put things in place adequately. A word, they say, is enough for the wise”.