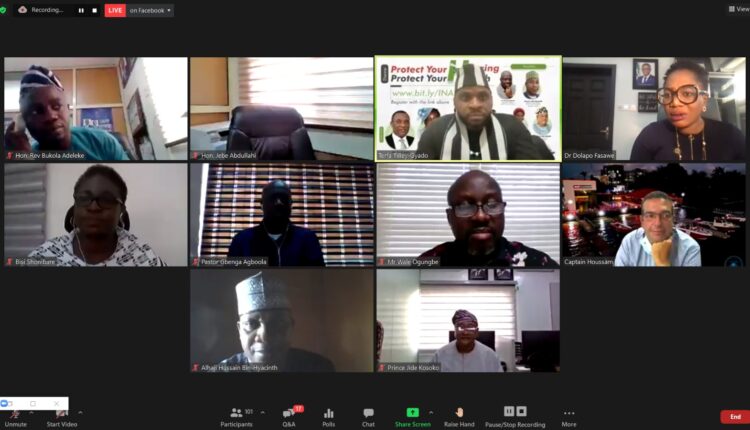 As part of measures to address noise pollution, the Lagos State Government has disclosed plans to include in the guidelines for new religious houses, clubs, and other outfits which activities particularly noise emanating from it could affect residents health, are soundproofed before been granted approval to operate across the state.

The state government added that for existing structures, as a strategy to curb noise pollution, Environmental Impact Assessment (EIA) would be conducted to ensure structural capability to hold back noise emanating from them within the state.

Other measures the government has indicated plans to adopt, in order to curb noise pollution, include prevention of noisy generators, indiscriminate use of sirens, vehicle horns in certain places, and use of loudspeakers in public places in Lagos.

These developments were disclosed by General Manager, Lagos State Environmental Protection Agency (LASEPA), Dr. Dolapo Fasawe, who stated that all these were strategies the government through the agency, planned to adopt in order to reduce noise pollution across the state.

Fasawe, while attributing the high rate of noise pollution erection of illegal buildings and indiscriminate conversion of residential properties to religious/leisure use, stated that the new urban development plan was embedded with practical and recommended strategies.

These strategies, the LASEPA boss noted yesterday,  would help keep noise within an acceptable level and protect innocent citizens from dangers outline by experts as inherent in constant exposure to noise pollutions.

To achieve desired results, she mentioned that her agency has increased its drive for advocacy to encourage self-regulation and voluntary compliance, while failures to abide shall be met with strict consequences.

Addressing participants at the Year 2021 International Noise Awareness Day (1NAD) virtual event that was themed: “Protect your Hearing; Protect Your Health and declared open by the Permanent Secretary, Office of the Environmental services, Belinda Odeneye, the managing director charged concerned sectors to critically appraise their activities and develop noise management strategies that would assist to guide against uncoordinated activities under the guise of business interest.

The LASEPA boss said: “All over the world, the last Wednesday of the month of April is celebrated annually as the International Noise Awareness Day, with a view to sensitize the public on the importance of noise Pollution control, its implication on human health and serve as a call for action and collaboration between regulators and stakeholders to collectively curb the menace and promote a healthy culture for a serene environment, synonymous of smart cities, like Lagos. While it is understandable that noise is an essential component of urban development that cannot be totally eliminated but can be controlled to an acceptable level.” She said.

According to her, the government is not against the fundamental rights of individuals to engage in the religions of choice, right to fellowship, entrepreneur drives, but with total consideration and respect for the right of others to enjoy a reasonable quiet environment and peaceful living.

Earlier, Odeneye, while declaring the summit open commended LASEPA for not relenting on its oars to bequeath to the people a friendly and conducive environment devoid of environmental hazards, called for corporation and support of all in the fight against noise pollution as the government alone cannot do it.

The panelists, who were drawn from various interest sectors such as religion, entertainment, industrial, and hospitality, unanimously agreed that their practices should be guided by the doctrine of good neighborliness with due consideration for the host community and further expressed their readiness to support the government in achieving its objective by complying with laid down regulations of the state.