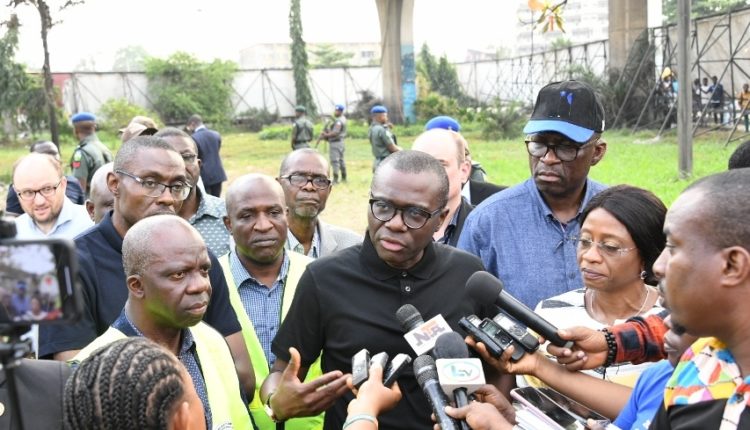 The Lagos State Government has disclosed the reason behind its emergency announcement of closure of the Eko Bridge to commuters during early hours of the day, stating that the decision had been taken to safeguard lives and property of commuters who regularly make use of the bridge and to make the bridge accessible for experts, in order to facilitate fact finding missions and carry out maintenance works on parts that were found to be faulty.

It explained that reports reaching the government had showed that several parts of the bridge had failed structurally, and that it had thus become pertinent to stop further commute on the bridge  so as to avoid occurence of traffic accidents or disaster such as collapse of the Eko bridge which could result in loss of lives and properties for Loagosians.

According to the State Governor, Babajide Sanwo-Olu, several defective portions had been marked along the Eko bridge and there had been possibility that there could have been more, which necessitated the conduction of thorough engineering investigations so as to identify faulty areas, determine what failure had occured in each part and commence adequate repair works on the areas.

Sanwo-Olu, who spoke to newsmen on Wednesday, during inspection of the defective bridge, reiterated that it had become necessary for his administration to carry out maintenance and repair activities on the Eko bridge as well as other major bridges in the state, stating that such would further protect Lagosian lives and ease flow of traffic in the state.

However, he said that normal tear and wear was not the only reason why the bridge had developed defects, but that misuse of the Eko bridge by Lagosians who parked dead weight such as heavy vehicles and trucks along sections of the bridge had accelerated the bridge’s structural failure, and that such actions posed accidental risk on the roads as well destroying the bridges on which such actions were carried out.

While assuring Lagosians of his administration’s commitment to the securing of lives and property in the state, Sanwo-Olu made assurances that the people should expect work to commence on the bridge as soon as possible, and that alternative routes would be made available to alleviate effects of partial closure of the Eko bridge.

The governor stated that he expected Lagosians to follow all traffic laws and obey directions by traffic management agencies, saying that all efforts would be put in place to ensure free flow of traffic while work was still ongoing on the Eko bridge, and that his  government would do its best to speed up the processes to ensure that the people were not discomfitted, by the occurence, for too long.

“I want to reiterate, and to assure Lagosians that both Lagos State Government and the Federal Ministry of works will get to work very quickly and we’ll see how quickly we can remedy the current situation,”

“These are bridges that are not also made for us to have dead weight on them and what do I mean by dead weight, all the heavy trucks and containers that we parked on them. They are not designed for such usage,”

“And so what we will do is to go back with our Ministry of Transportation, and do a full traffic impact assessment. And we will see where we can advise our commuters on how to go about their vehicular movement just as we provide adequate alternatives”.

He explained that though the Eko bridge was a federal government asset, the state government had the responsibility of maintaining it for the use of and safety of its people, and that his administration was ready to start and conclude all maintenance so as to benefit Lagosians during their daily commutes.