JUST IN: Lady jumps into lagoon from third mainland bridge 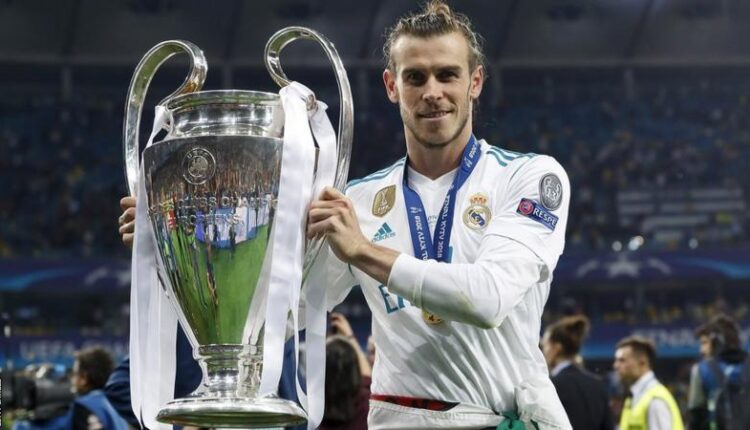 The Wales national football team’s hopes of qualifying for 2024 European nations cup have suffered a slight setback after its captain, Gareth Bale, announced his retirement from the game that brought him fame and titles at the age of 33.

Bale, who is the country’s most-capped male football player and record men’s goalscorer, said that the decision to leave the game was reached after consideration for many options before him.

Announcing his decision on Monday in a statement released through his official social media handle, the winger stressed that the time had come for him to embark on his next plan which could not be done without leaving the game.

Bale, a five-time Champions League winner with Real Madrid, is arguably Wales’ finest-ever footballer, after moving from Southampton to Tottenham Hotspur and a world-record transfer to Spanish giants before his move to Major League Soccer club Los Angeles FC in June 2022.

“After careful and thoughtful consideration, I announce my immediate retirement from the club and international football. I feel incredibly fortunate to have realised my dream of playing the sport I love.”

The Cardiff-born footballer was his country’s talisman as they reached the 2016 and 2020 European Championships before he led Wales to their first World Cup since 1958 at Qatar 2022, ending his international career with 41 goals in 111 appearances.

During his time in the Spanish capital, Bale helped Real win three league titles and five Champions League titles – a number no other British player has matched – along with three Club World Cups, three Uefa Super Cups, and a Spanish cup.

“It [football] has truly given me some of the best moments of my life. The highest of highs over 17 seasons, that will be impossible to replicate, no matter what the next chapter has in store for me.

“My decision to retire from international football has been by far the hardest of my career. How do I describe what being a part of this country and team means to me? How do I articulate the impact it has had on my life? How do I put into words the way I felt every single time I put on that Welsh shirt? My answer is that I couldn’t possibly do any of those things justice simply with words.

“But I know that every person involved in Welsh football feels the magic and is impacted in such a powerful and unique way, so I know you feel what I feel without using any words at all.

“My journey on the international stage is one that has changed not only my life but who I am. The fortune of being Welsh and being selected to play for and captain Wales has given me something incomparable to anything else I’ve experienced.

“I’m honoured and humbled to have been able to play a part in the history of this incredible country, to have felt the support and passion of the Red Wall and together have been to unexpected and amazing places.

“I shared a dressing room with boys that became brothers and backroom stuff that became family. I played for the most incredible managers and felt the undying support and love from the most dedicated fans in the world. Thank you to every one of you for being on this journey with me.

“So for now I am stepping back but not away from the team that lives in me and runs through my veins after all the dragon on my shirt is all I need.

“Opportunity for a new adventure. To show my gratitude to all of those that have played their part along this journey feels like an impossibility.

“I feel indebted to many people for helping to change my life and shape my career in a way I couldn’t have ever dreamed of when I first started out at nine years old.

“To my previous clubs Southampton, Tottenham, Real Madrid and finally LAFC, all of my previous managers and coaches, backroom staff, team-mates, all the dedicated fans, my agents, my amazing friends and family, the impact you have had is immeasurable.

“My parents and my sister, without your dedication in the early days, without such a strong foundation, I wouldn’t be writing this statement right now, so thank you for putting me on this path and for your unwavering support.

“My wife and my children, your love and support has carried me through. Right beside me for all the highs and lows keeping me grounded along the way, you inspire me to be better and to make you proud.

“So I move on with anticipation to the next stage of my life, a time of change in transition and opportunity for a new adventure.”

Christmas musings and the Japa syndrome