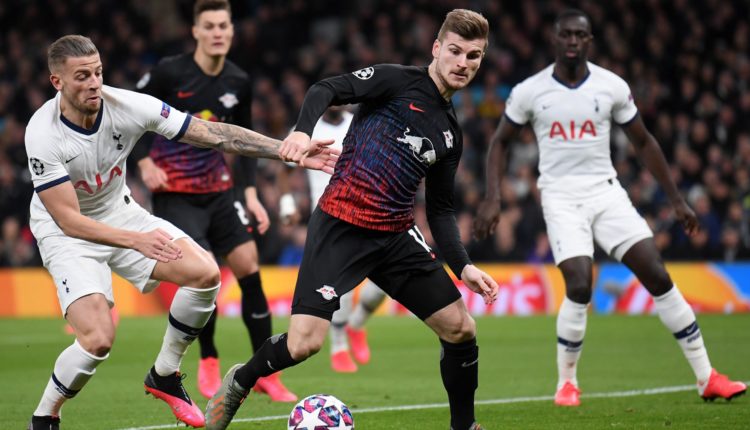 The defeat from the German team on Wednesday further compounded the woes of the London Club after efforts by their new coach, Jose Mourinho, to ensure the team competes favourably with Liverpool failed.

Only goal of the highly technical match was scored by Timo Werner at 26th, putting his team in pole position for a place in the UEFA Champions League quarter-finals on Wednesday.

Inspite of the outcome, Nagelsmann was disappointed his team could not end the game during this first leg after scoring before the half-hour mark of the game.
Leipzig looked like running away with the game but ended up clinging onto the result, as Werner converted a penalty won by Laimer after a foul by Davies. Angelino hit the post in the first half and Schick should have made it two in the second but Spurs really improved in the last 20 minutes, with substitute Lamela playing a leading role.
Lo Celso saw a free-kick tipped onto the post and Moura headed a good chance over the bar late on, but they lacked a genuine cutting edge and couldn’t find a way through.