EFCC goes after bankers, others over assets declaration… 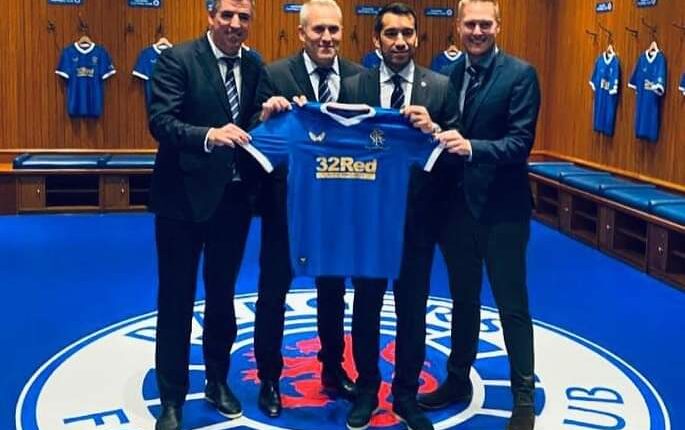 Others appointed by the Scottish club to assist van Bronckhorst’s were Yori Bosschaart and Arno Phillps and the trio would take their place in the dugout as the club’s new coaching staff under the new regime.

Makaay was formerly of Bayern Munich and Deportivo La Coruna and would take on the position as first-team coach alongside van Bronckhorst.

Meanwhile Bosschaart would take the role of performance analyst and Phillips becomes fitness coach for the team as they aimed to consolidate on achievements recorded under Steven Gerrard before leaving for Aston Villa.

Confirming their appointment yesterday, Sporting Director, Ross Wilson, said: “I am delighted to welcome this group of staff to support Giovanni and to continue the evolution of our first-team football operations structure.

“I have met the guys in recent days and like Gio they are all fantastic people as well as top operators in their fields.

“We already have an excellent group of staff and our new additions will integrate well to our existing departments.”

The appointments of the trio came four days after Bronckhorst was picked as manager of its team, following the resignation of Steven Gerrard from the position to manage Premier League side Aston Villa.

Van Bronckhorst signed a three-and-a-half-year deal that takes him up until the summer of 2025 and would be expected to restore the team’s pride including winning the league, competition, and progressing to the knockout stage of the  Union of European Football Associations tournament.

Van Bronckhorst, who played for the Scottish team between 1998 and 2001, as well as Arsenal, returned to Ibrox 20 years after assisting the club to win five trophies including two league titles.
The 46-year-old Dutchman, who led Feyenoord to his country’s title, would taste the first action during next Thursday’s Europa League game against Sparta Prague, when they would be hunting for qualification from their group.