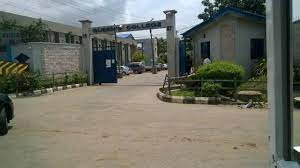 Parents of Queens College students have expressed dissatisfaction over Parent and Teacher’s Association (PTA)  decision on an alleged increment of 2,000 on an initially paid 5,000  levy.

They said that PTA executives had increased the association’s fee with an extra 2,000 which was tagged  ‘Academic and Development fee’  but the decision didn’t sink well with them because they were not included in the decision making process, adding that it portrayed the executives as dictators.

The parents argued that the 2,000 compulsory fee used to be an optional payment as agreed by the parents and PTA executives but they suspected fraudulent activities when the fee was suddenly made compulsory without seeking their consent or followed due process which required that it would be approved by the Federal Ministry of Education (FME) rather than PTA executives.

They disclosed that majority of the parents had requested for an audited report  on the PTA payments since 2020, noting that it has been more than a year and nothing has been done about it, denting their accountability posture.

The parents  who expressed their grievances to the PTA chairman through a letter, and demanded for an immediate reversal of the increment, threatened to shut down the school if the PTA executives failed to legally justify their decision by following due process.

Failure to come clean on why parents and guardians  should pay the additional development fee, the aggrieved stakeholders noted that they would take up the matter to FME if their demands are not adhered to.

One of the parent who confided in The Guild , said that the PTA Executives shouldn’t have added the N2,000 development fee since their opinions as parents were not considered neither were they included in the decision making process.

“The PTA executive shouldn’t have included the so called N2,000 Development levy, if it was not agreed/ resolved by the General House. Any levy imposed without the approval of the General House is undemocratic,illegal,null and void.so they MUST stand down the illegal N2,000 imposition and allow status quo to remain.” she said.

She noted that there was no justification for imposing the levy on them because it was illegal and would not be accepted, adding that the school should pay more attention to improving the standard of their hostels and providing other basic necessities such as water rather than imposing an illegal levy on parents or buying school bus.

“Trying to justify the N2,000 illegal and undemocratic imposition doesn’t hold water and would remain unacceptable. There are other issues like water,making the hostels habitable and conducive that is of paramount important than buying a school bus which is not needed.” she said.

Meanwhile, she disclosed that she had been removed from the school’s PTA group for challenging the illegality of the increment, adding that she would not pay the added levy asides the usual that has always been paid.

“I would be at the gate tomorrow 2pm and can assure everyone here that I wouldn’t pay one kobo extra other than the N5,000. We are running an association not a military dictatorship. Enough is Enough! I can’t post this on the general platform because I was removed for questioning illegality” she added.

During a visit to the school on Monday by The Guild Correspondent, another parent who spoke under anonymity condition confirmed the N2,000 increment, which he said, was for education development levy, adding that he initially used to pay N5,000 for PTA but after the increment he paid N7,000.

Also, he alleged that his child was not allowed into the school premises on Monday because he hadn’t paid the N2000 development fee. “We used to pay N5,000 for PTA before but they added 2000 for development levy and we are paying  7,000 now. I just finished paying it in the bank because they didn’t allow my child in because of it. I need to show them the receipt. ” he said.

Also, speaking to our correspondent, one of the staff of the school who craved anonymity claimed that she was unaware of the N2,000 increment and the agitations of the parents as she was hearing it for the first time, saying the actual amount has always been N7,000.

“There’s no protest, I’m not aware of it, I’m just hearing this for the first time. Parents have started paying their PTA levy, the boarders and day students have resumed. Everything is going fine as expected.” she said.

Another staff who also spoke with our correspondent  added that there was no protest over the increment of PTA levy as she claimed that the school was not aware of the development.  “We are not aware of any protest because we’ve always been paying N7000. So, I don’t know which parents are protesting or what they are protesting about.” she said.