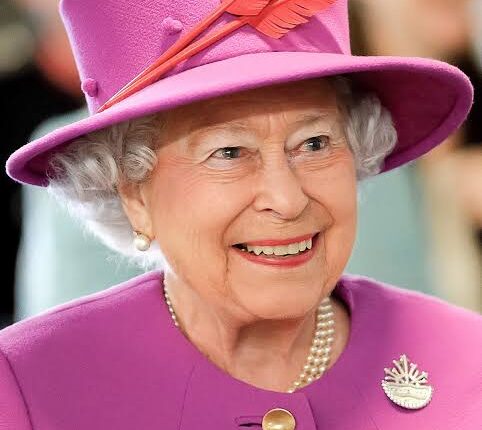 The ‘whole world’ was present in the Queen’s burial service. Significantly, all the world leaders, political and religious heads from all over the world and from all walks of life were seated accordingly before the service began.

I observed there was no poster of the deceased queen, no order of service except that provided by the church, no sackcloth by the family of the queen (at least to identify her immediate family) and no Ashoebi for Queen’s family, well wishers and relatives.

The service was solemn and interestingly soul-mellowing. There was orderliness and organization. The military parade and match by the royal navy and others was nearly perfect and a top notch. They displayed expertise in the highest level.

Her children, grand and great grand children were all composed and comported, calmly sitted and flowing with the tempo of events. No stress on their faces as a result of running around for their mother’s burial.

The singing of hymns, chanting of psalms and canticle were like voices of many waters. There was no shouting, no noise, no repetition of words like ‘Praise God!’ ‘Hallelujah! Amen! Sons of the living God! Shout a big Hallelujah!

The homily which was delivered by the Archbishop of Canterbury, Most Rev’d and Rt. Hon Justin Welby did not last more than ten minutes. His opening prayer was less than ten seconds and he didn’t even say closing prayer. In fact I didn’t know he had finished preaching.

As a burial service that had many world leaders in attendance including muslims and other unbelievers, I expected a salvation message from the Archbishop so that those men will hear the true word of God for once. But no!

He didn’t even make reference with emphasis to any scripture let alone calling for altar call for those who wanted to give their lives to Christ. I expected the preacher to tell us more about the dead queen, her life and times but he didn’t do that.

No recognition of dignitaries in the service by the Archbishop of Canterbury. No special greetings whatsoever by the family of the bereaved. No collection of offering. No launching and fund raising in the burial service in support of the church. No announcement on where guests and visitors will be served food.

They knew why they gathered, did that exactly and dispersed. Altogether the service lasted an hour. No time for frivolities. Everything was well ordered and arranged. Her palace was not repainted to look new to the visitors. No gunshots were heard. No masquerade.

If as Africans we have nothing to learn from the queen’s burial, we must learn simplicity and avoid unnecessary wastage of finance and time during burials. We must discourage extravagant display and waste of resources during burials.

The church has a vital role to play in reducing a lot of financial burdens placed on people who are bereaved of their loved ones. Insisting that the family of the deceased should pay a certain amount of money before burial is not in the best interest of the church.

If we don’t redefine our concept of Christianity in Africa as simple, accommodating and devoid of ostentation we may continue to lose membership. We must leave Christianity as simple as it is meant to be where everyone is treated equally with love.

‘Giving honour to whom honour is due’ is good but it must not override our sense of duty and consciousness of time in a public worship. It must be closely watched to avoid eventual shift of our attention to human worship.

We must resist the temptation of raising money in church services when we see political money bags and dignitaries, more especially during burials and other services that are not originally intended for fund raising.

Obi Chindo is prolocutor for the Poor and the marginalized.