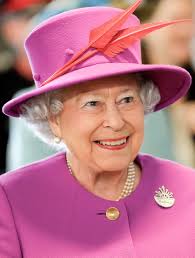 The United Kingdom aristocracy, Buckingham Palace, has announced that its sovereign leader, Queen Elizabeth II, is set to address the nation over coronavirus pandemic concerns, following reports of a 23 percent rise in casualties sustained as a result of the viral infection in the country, which brought the total number of deaths to 3,605 persons.

The palace revealed that the Queen would address her people, as well as members of the Commonwealth of Nations, on matters relating to the global pandemic through a televised speech which is scheduled to be aired on Sunday, April 5, 2020.

Speaking in a statement released on Friday, it said that Queen Elizabeth’s pre-recorded message would be broadcast nationwide at 8pm of said day, and urged Britons to ensure that that they viewed the telecast at time that it would be relayed.

“Her Majesty The Queen has recorded a special broadcast to the United Kingdom and the Commonwealth in relation to the Coronavirus outbreak, the televised address will be broadcast at 8pm on Sunday 5th April, 2020.”