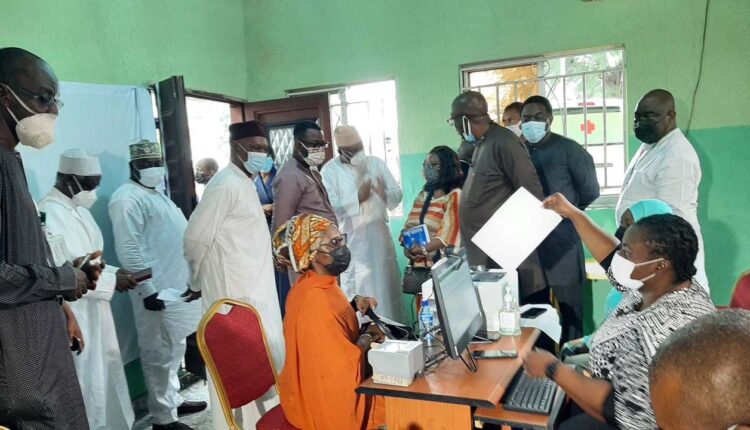 At last the two weeks extension set aside by the Independent National Electoral Commission, INEC for Nigerians who have attained 18 years and above to register for the Permanent Voter Registration Card is over, calls for extension of the exercise continues.

According to INEC, there will be no further extension of the exercise saying such will affect the lay down procedures for the smooth conduct of the 2023 General elections.

National Commissioner in charge of Voter Education and Information, Mr Festus Okoye while speaking in Awka, Anambra State said the next assignment for the Electoral umpire is to clean up the Voter Register and Display for claims and objections.

However, despite the fact that over twelve million Nigerians were registered since the exercise took off after the conduct of 2019 general elections, many Nigerians are still calling for more time to have their names on the Voter Register.

Their calls may not be genuine due to the last minute rush syndrome that Nigerians are known for on any national issue.

INEC National Commissioner, Festus Okoye also said in Awka that the Voter Register will soon be displayed in 8,809 registration centres within the 774 Local Government Areas in the country.

He stressed that the need for the display was to allow Registrants check correct spellings of their names, identify multiple registration while those who have died or Ghost registrants are removed.

As the Permanent Voter Card (PVC) registration winds down, INEC also raised alarm over sudden appearance of fake portal for registration and advised the people to ignore it.

A question begging for answer is what is the motivating factor for people rushing to collect PVC when at the end, our elections records low turn out.

A fresh case at hand is that of the recent Osun Gubernatorial Election held on July 16 where over 800 voters took part in the exercise that had close to two million eligible voters.

At the moment, INEC is still appealing to Nigerians who have registered over the years but yet to collect their PVCs to pick them up lamenting that over twenty million PVCs are begging for collection with Lagos having the highest of over one million.

The turn out of event in the recent Osun Gubernatorial election had clearly shown that vote counts against believe of some Nigerians who are always adamant and uninterested in the electoral process.

Nigerians have challenged INEC to ensure prosecution of those arrested for vote buying during June 18 Ekiti and July 16 Gubernatorial elections. This they believe will serve as a check on political parties, candidates and their allies whose duty is to compromise our electoral process.

This however must change come 2023 General elections where INEC says that 96.2 million eligible voters will decide who takes over the seat of power from Aso Rock from President Muhammadu Buhari.

Taiwo Olapade is a broadcast Journalist based in Lagos