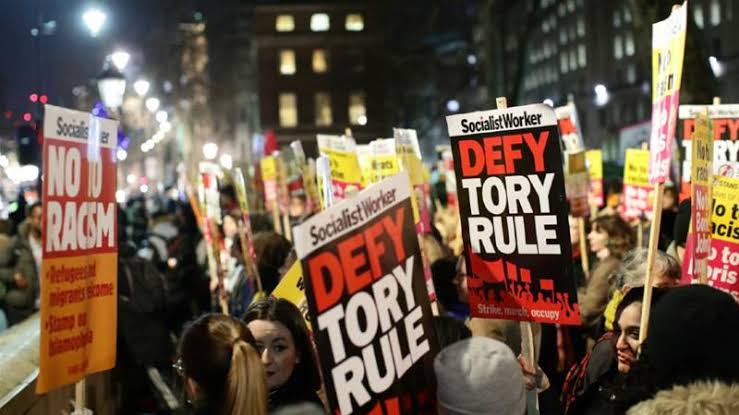 The protesters, brandishing signs that read “Defy Tory (Conservative) Rule” and “Refugees Welcome”, walked at speed from outside Johnson’s Downing Street residence to Trafalgar Square and on to the theatre district, blocking traffic and drawing a heavy police presence.

Johnson’s Conservatives won Thursday’s election by a large margin. On Friday he called for “closure” over the Brexit divisions that have riven the United Kingdom for the past three and a half years.