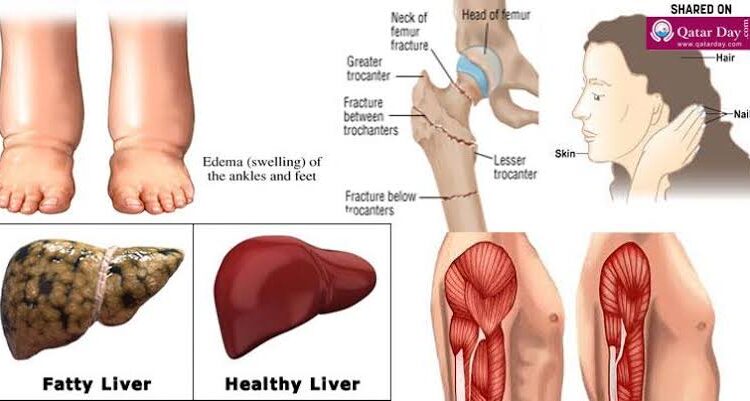 Modern medicine has made giant strides in the last fifty years. There has been appreciable progress in the evolution of healthcare and contemporary medical science. And today, the world is a much better place, in that regard.

New technologies and research are helping to produce drugs and medicines to improve treatments. Several illnesses and diseases that were formerly thought to be incurable such as poliomyelitis, arthritis and bronchitis, are now almost treatable, or at least better managed.

Advances in modern medicine have developed to the point where doctors can perform virtual surgeries in different locations (without being physically present), use laser beams to correct eyesight, and create vaccines for viruses. Whereas modern healthcare has truly impacted the lives of people positively, one issue that still presents a challenge is malnutrition. Malnutrition, according to the World Health Organization (WHO), refers to deficiencies, excesses or imbalances in a person’s intake of energy or nutrients.

Protein deficiency, a type of malnutrition, is the absence, or serious inadequacy, of protein and amino acids in the human body. A continuous intake of a poor diet, or foods devoid of protein, will lead to an overall decrease of protein nutrients in the body, causing malnutrition.

Protein deficiency is rampant in Nigeria, affecting millions of people, including children. Presently, reports from the WHO indicate that malnutrition is the main cause of over 45 percent of child deaths. Additional reports from the United Nations International Children’s Emergency Fund (UNICEF) and the Global Strategy For Infant and Young Child Feeding, have shown that one third of children under five, in developing countries including Nigeria, are estimated to be stunted as a consequence of poor feeding and malnutrition.

Proteins are nutrients the body requires to function properly. Without proteins, the body cannot carry out its metabolic activities, as there will be no development and tissue repairs. A less intake of protein  is the consequence of primary malnutrition, as it impedes growth of infants and children.

Protein deficiency is strongly associated with ill health, both as a cause and as a consequence. People who are protein deficient are more susceptible to diseases and infections, due to a weakened immune system, and tend to take longer to recover from incidents of illness. Long episodes of sickness, can also result in protein deficiency, as individuals tend to eat and drink less when they are ill.

Individuals from the lower socio-economic classes (SECs) are more likely to be malnourished in any given country. A recent report by released by Nigeria Protein Deficiency Survey showed that the bulk of individuals battling with protein deficiency in the country belong to the lower socio-economic classes. It also indicated that protein intake among Nigerians is generally insufficient.

This is as a result of food insecurity and lack of access to protein-rich foods. There are too many people with not enough to feed on. An increased incidence of protein deficiency also arises when the cost of protein foods is relatively high. If an average Nigerian cannot afford protein foods within their means, the next alternative becomes any affordable food choice that may not contain any, or enough, protein that can help the body.

Kwashiorkor (hair loss, and a swollen stomach), marasmus (severe undernourishment, causing significant weight loss), hepatomegaly (abnormal enlargement of the liver) and even oedema (fluid retention in the hands and joints) are some of the health challenges that could arise from protein deficiency.

Invariably, pregnant women and children are at the greatest risk of being protein deficient. This is not only as a result of low dietary intake, but also from higher physiological requirements; as pregnancy and childhood development often increase demand for specific nutrients, vitamins and minerals.

In children, deficiency in protein may lead to stunting, fatigue and diverse ailments as a result of reduced immune function. Childhood stunting is a situation where under nutrition has leave a child to become too short for his or her age. It is also commonly associated with reduced appetite, developmental regression (no growth) and low levels of physical activity.

Evidently, protein deficiency is a blight on any community or society, aiming to achieve a natural, healthy life for its citizens

Governments and all stakeholders in the health and nutrition sectors have a role to play in dealing with protein deficiency in all its forms. The communities need to be sensitized on protein deficiency and its causes, and proper establishment of medical centres must be carried out nationwide to educate the masses.

To alleviate protein deficiency, and to truly achieve good health, Nigeria must awaken from its slumber and begin to take drastic measures to curtail this lingering challenge.

Reginald Onabu is a public affairs analyst based in Lagos State.