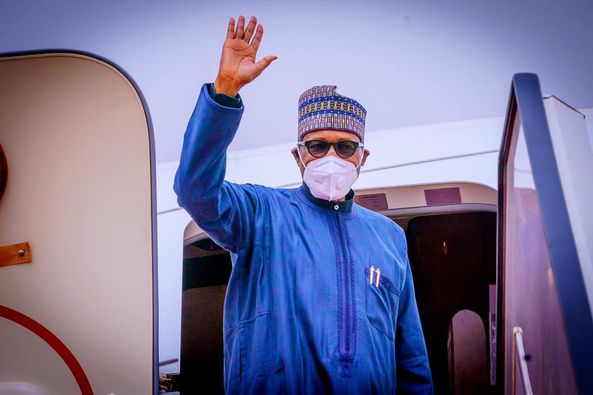 The Presidency has disclosed that despite the growing concerns over President Muhammdu Buhari’s status, his medical trips abroad do not suggest he was nursing a critical ailment.

It added that routine medical trips been embarked on by the president had been part of his lifestyle before assuming office in 2015 after defeating incumbent president, Goodluck Jonathan, who was seeking second term.

The Senior Special Assistant to Buhari on Media and Publicity, Garba Shehu, said that Buhari’s departure for London on Tuesday was only for routine medical check-ups which he had last done one year and six months ago.

Briefing newsmen on Tuesday shortly after Buhari departed Nigeria for London at the departure wing of the Nnamdi Azikwe International Airport, Abuja, Shehu said that the president used the Easter holidays to embarked on the trip.

According to him, Buhari is expected to see a doctor during his stay in the UK and he is due to be back in the country in the second week of April.

“The President is looking at the window of opportunity that has opened with the Easter Holiday. It’s a much relaxed period for everyone –Good Friday, Easter Monday, National Holidays. Then, he will use that period for his regular medical check-up.

“This is something he has done for so many years even before he came to office. Every year, he had appointment with his doctors and he went there to do it. The only anomaly this time around is that COVID prevented this kind of thing to hold in 2020. So, he has lost some period. The last time he was there was one and half years back,” he said.