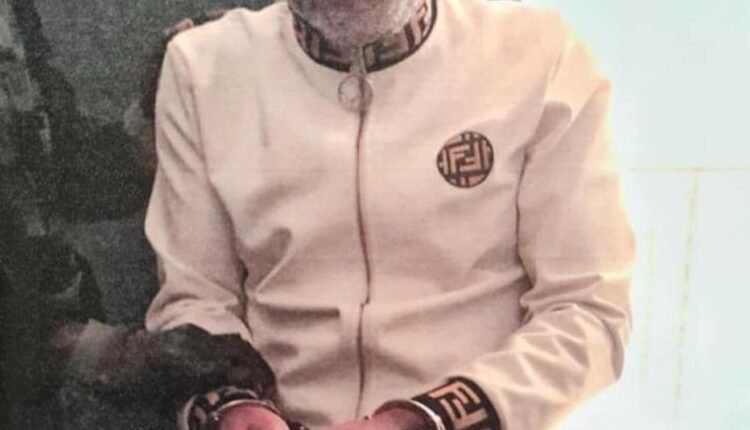 Barely a week after the Federal Government re-arrested and arraigned the leader of Indigenous People Of Biafra (IPOB), Nnamdi Kanu, the presidency has clarified that the IPOB leader was arrested by another country and handed over to Nigeria Intelligence Agency for onward extradition to the country to face the law.

Although the presidency did not categorically state that the Kenyan Government provided assistance in Kanu’s re-arrest, sources from the Villa confirmed the stance of the IPOB leader’s brother that the country Kanu last visited, after leaving his base in London, United Kingdom (UK), was Kenya and that this was where he was re-arrested and extradited to Nigeria in continuation of his legal battle.

The presidency added that Kanu was arrested and detained by the country as a result of cross-border cooperation between Nigeria and the African nation officials who were able to identify the IPOB leader during his visit to the country for a personal engagement.

Through a statement released by Senior Special Assistant to the President on Media and Publicity, Garba Shehu, on Tuesday, the presidency’s explanation on Kanu’s re-arrest came four days after the Kenyan High Commissioner to Nigeria, Wilfred Machage, denied involvement of the Uhuru Kenyatta administration in the IPOB leader’s extradition to Nigeria.

In contrast to the High Commissioner’s claim, the Presidency stressed that the country’s security operatives did not arrest him, rather he was handed over to Nigeria’s intelligence agency for onward return to the country for prosecution.

It said: “The subversive leader of the proscribed Indigenous People of Biafra (IPOB), a group known for its murderous actions and virulent messaging was detained as a result of cross-border cooperation. This international operation was executed in a closely coordinated fashion following which he was handed over to our National Intelligence Agency, and then returned to Nigeria to face the Law”.

It noted that the violence inspired by IPOB under the leadership of Kanu, has led to hundreds of fatalities including law enforcement agents and the destruction of public facilities that worth billions of Naira, saying the majority of the attacks were perpetrated across the Southern region of the country.

According to the Presidency, no fewer than 55 separate violent attacks, heavily concentrated in the South-East region, heaped further hardship on our honest and hardworking citizens, preventing them from earning their livelihood and going about their normal lives.

It hinted that before Kanu’s re-arrest last month, the President Muhammadu Buhari-led administration had long been monitoring activities of IPOB particularly their funding sources including proceeds of suspected illicit criminal activities used by the agitators.

The presidency noted that since his re-arrest and detention, sanity, calm and peace have been restored to communities especially across the Southeast and South-south where residents previously lived in constant fear of group members in the regions.

The statement reads in part: In furtherance of continued diligent work, the State Security Service on Thursday, 1st July raided the residence of a militant ethnic Secessionist, who has also been conducting acts of terror and disturbing the peace under the guise of protecting fellow “kinsmen”.

“His seditious utterances and antics, which he is known to have publicly expressed, have over time morphed into very hateful and vile laden speeches. It must be highlighted that the government respects the fundamental rights of citizens to express their views and recognizes this as a democratic tenet. However, any attempt to build an Armoury coupled with plans either subtle or expressed to undermine our unity as a nation will not be condoned.

“Mr. President’s directives to Security Services regarding anyone seen to be carrying arms, particularly AK-47 are clear and require no further illumination. Assault weapons are not tools of peace-loving people and as such, regardless of who they are and where they are from, the Security Agencies should treat them all the same.

“The successes of our Security Agencies must be commended as they have demonstrated significant deftness, guile, and secrecy in carrying out these missions. This level of professionalism must be sustained and brought to bear as we focus on extracting from our society those who have found a new trade-in targeting students, rural dwellers, and our citizens in the North-West. The nation recognizes its efforts and sacrifice.