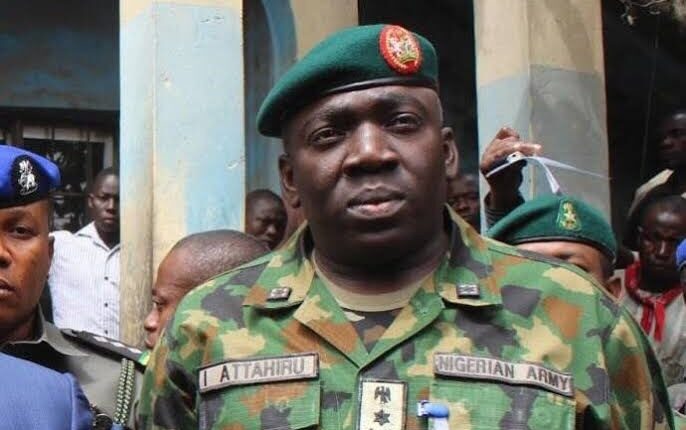 The Presidency has confirmed that Chief Of Army Staff (COAS), Lt. Gen. Ibrahim Attahiru, and 10 others died after a military Beachcraft 350 aircraft conveying them to kaduna from Lagos State crashed.

It has further described the death of Attahiru as a painful exit considering the security challenges particularly banditry, confronting the nation. 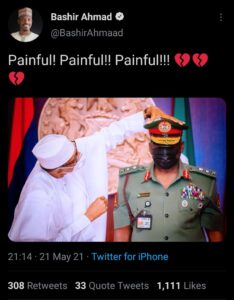 Ahmad, on Friday, accompanied the tarse message with the picture of the deceased when President Buhari decorated him after his appointment as the COAS for the country.

Also, the Chief of Staff to Kaduna State Governor, Mohammed Dattijo, in a short message on his official social media handle, debunked claims that Attahiru’s wife, Fati, was involved in the accident, adding, “It is incorrect; the wife is alive. May his gentle soul rest in perfect peace”.

As gathered, the 11 personnel on board the ill-fated aircraft were said to have died few minutes after the plane, arriving from the Murtala Muhammed International Airport (MMIA), Ikeja, crash-landed on the airport runway.

It was learnt that the training aircraft which crashed at about 6 pm on Friday may have suffered poor vision following a downpour experience within this hour across Kaduna State.

The deceased was born on August 10, 1966 and joined the military in 1984, before he rose through the rank to become the 21st Chief of Army Staff of the Nigerian Army.

Before his appointment as the Chief of Army Staff, Attahiru, a graduate of the Nigerian Defence Academy, Armed Forces Command and Staff College, Jaji and Nigerian Army School of Infantry. had commanded Operation Lafiya Dole between May 2017 to December 2017.

The COAS commenced cadet training in January 1984 and was commissioned into the rank of Second Lieutenant in December 1986 as an Infantry Officer and held a Masters degree in Strategic Management and Policy Studies from the Nigerian Defence Academy.

Other honours he acquired include a Masters of Science in Human Resources Management and Development from Salford University in the United Kingdom and a Graduate Diploma in International Studies from the University of Nairobi, Kenya.