Prepare for distress worse than Coronavirus next month- Adegboyega 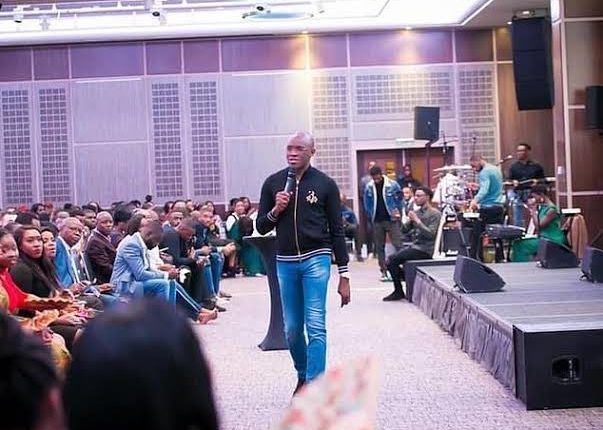 Share
By Olawale Abdul-Fatah
Following an increase in cases of coronavirus globally with United States leading countries on confirmed cases, Senior Pastor of SPAC Nation, Pastor Tobi Adegboyega, has asked that everyone especially Christians to tighten their belt in readiness for more turmoil next month.
Adegboyega added that what will affect the world next month will be far worse than the current challenges including Coronavirus, everyone is battling with.
While warning that the turmoil will get worse by next month in a three minutes video currently trending on social media, the cleric emphasised that the storm will shake the earth so much that the economies of world superpowers would not be spared.
The Senior Pastor of the Global Leading youth church in a powerful message from God on February 16, 2020, prophesied to the congregation that the turmoil will get worse in the month of April.
“By April there will be so much distress on the earth like people have not seen and believers and Christians will be victims of it.
“There will be a shaking. Their economy will be shaken. Their Medicare world will be shaken, there will be all manner of virus that men cannot find answers to. Everything that is shakeable will be shaken. The only thing that will not be shaken is the Word… No nation will be spared. America will not be spared. America will just be as shaken as Liberia is shaken. The shaken will be equal. God is ready to equalise this thing.
“That is the time that the man of God who has the word has to come out more with the word, it doesn’t matter if it is 10 people hearing you, or if it is 10,000 people, God said declare my word over the nations, do not hold back because when you see shaking, it’s time to show them the things that cannot be shaken”, Adegbeyega added.
He further stated that the current plague, which scientists and health experts were still struggling to unravel was a fulfilment of the God’s prophesy, saying that at the end of it, there would be a demarcation between those who fear God and those who don’t.
“When God has given you nations, things will begin to break first. Everything is going to break, mark my words. It will lead to your own rising then.
His revelations came as the novel Coronavirus currently wreaks unprecedented havoc across the continents with several thousands of people infected and already claimed 27,000 lives since the virus was first detected in Wuhan, China on December 31, 2019.
Worried by what would happen globally, Pastor Tobi mobilised assorted relief materials to the less deprived, most populated communities and villages in Nigeria, Ghana and Tanzania, to cushion the effect of what would befell the world for them.
He listed the items to be distributed to each household to include litres of hand sanitisers, face masks and latex gloves. In a time where sanitisation and good hygiene is more pivotal than ever, 55 million people in Nigeria do not have access to clean water according to WaterAid.
In efforts to alleviate the precipice of a water catastrophe, Pastor Tobi also intends to build more boreholes for clean water similar to the ones he built last year in the floating slum Makoko, a murky waterfront community on the Lagos lagoon in Nigeria’s southwest.
The senior pastor hinted that plans have been concluded to deploying a sensitisation crew for the more vulnerable people living in villages such as those with lack of access to the internet, the disabled, the elderly, children and those that are financially handicapped. 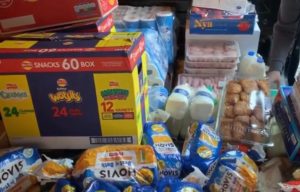 Poor sanitation facilities and urban crowding in populous and high-density areas in Africa would pose additional challenges in the effort to combat the virus and as such, the distribution and sensitisation is intended to benefit hundreds of households and in turn controlling the spread of the outbreak.
In addition, Adegboyega has also duplicated the same generosity across many States in Europe including the UK, where he has provided many households with key essentials in which included food, toiletry and sanitary products.
He said he would continue to look for more ways by which he can help communities across the world in such a time and pray for the nation.