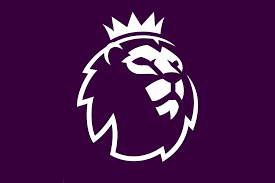 The English Premier League has disclosed that it is set to begin training in various clubs across the premiership table, saying that players would be allowed to return to exercise grounds from Tuesday, May 19, 2020.

It said that the training processes would serve as preparation ahead of the possible resumption of footballing activities and that clubs would be mandated to maintain social distancing measures as well as strict medical protocols in order to ensure the safety of players as well as other club staff.

The league made the announcement in a statement released on Monday, through which it confirmed that the decision to restart player training had been taken after due consultation with all major clubs, officials, medical experts, and player representatives.

It said that the vote to restart training had been unanimous and that all 20 club sides had been duly represented during the video conference call.

“This first stage has been agreed in consultation with players, managers, Premier League club doctors, independent experts, and the government,”

“Strict medical protocols of the highest standard will ensure everyone returns to training in the safest environment possible. The health and wellbeing of all participants is the Premier League’s priority, and the safe return to training is a step-by-step process,”

“Full consultation will now continue with players, managers, clubs, the PFA, and LMA as protocols for full-contact training are developed.”

The EPL reiterated that football matches would, however, resume only after it had been decided that such sporting activities were appropriate and would be safely conducted