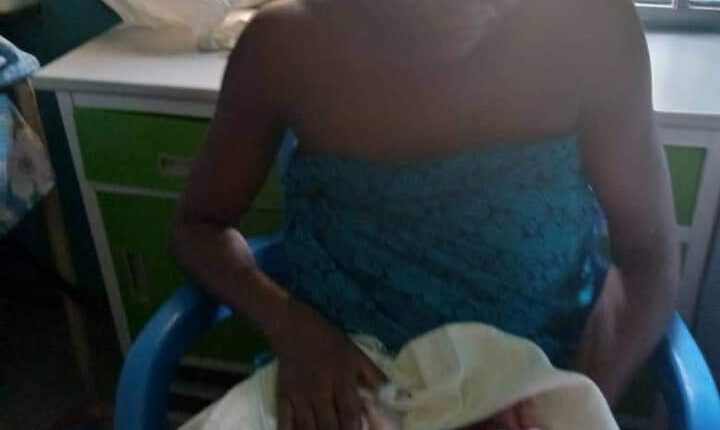 An 18 years old pregnant girl, identified as Kemisola Ogunniyi, who had been in detention for over seven months after she was arrested during EndSARS protest in Ondo State, has delivered a baby inside a prison in the state where she was kept until she went into labour.

Ogunniyi, as gathered by The Guild, was not allowed to go outside the prison walls for proper antenatal care and that her delivery was also permitted outside the premises of the correctional centre.

It was learnt that the young lady delivered inside Surulere prison in Ondo and her family were yet to be allowed to have access new mother and her baby after delivery.

Through pictures circulating on social media, The Guild learnt that Ogunniyi was arrested in October 2020 on her way to a pharmaceutical store and remained in detention until delivery.

Sources from Ondo state told The Guild that the new mother was already two months pregnant, although she was not aware, at the time of her arrest and that all efforts to secure her release proved abortive.

On Wednesday, they claimed that she began to notice changes in her body formation two months after being imprisoned for alleged arson and other offenses that were brought against her at the court by the Ondo State Government.

One of the sources claimed that the Ondo state government refused to release her despite Ogunniyi’s condition and that no amount of pleads from her family and other relatives were able to remove Ogunniyi from detention despite that she was proven innocent of crime the Nigerian Police claimed she had committed.

The source added that the 18-year-old lady was picked by the law enforcement agency in Akura, the state capital, with claims that her appearance indicated that she was one of the EndSARS protesters that set the All Progressives Congress (APC) Ondo Chapter secretariat ablaze during the demonstration that was embarked upon by youths to kick against police brutality and took her to State Criminal Investigation Department (SCID).

It was learnt that the case the nursing mother was accused of had happened three days before her arrest after the protesters had defied the 24-hour curfew imposed by the state governor, Rotimi Akeredolu, to mount roadblocks across the streets of Akure.

The Guild gathered that Ogunniyi’s detention was not known to many including the parents until some members of Civil Society Groups (CSO) raised an alarm that the teenage girl was languishing in prison.

According to him, the parents of the new mother, Felicia Ogunniyi and Rotimi Ogunniyi, had spent millions of naira to ensure their daughter was set free by the state government.

A Police source disclosed that the young lady could not have been involved in the crime and that she was just a victim of indiscriminate arrest by the law enforcement officers deployed to the community to investigate the arson.