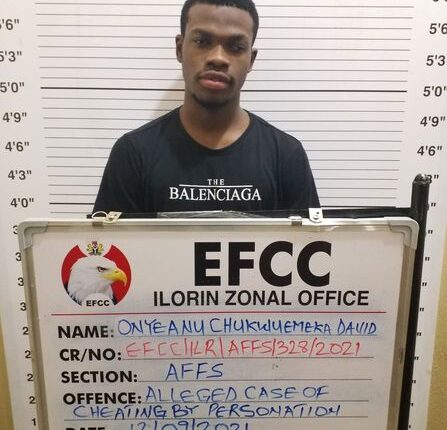 The convicts were said to have been involved in internet fraud that swindled their victims of $300 and $150 respectively.

While delivering judgement on Thursday, the judge was said to passed the sentence after the court had carefully considered the pleas of the two accused persons, their statements and plea bargain agreements and held that they were guilty of their respective charges.

Justice Sani was said to have sentenced Obumneme to one-year imprisonment with a fine option of N200,000 , ordering that the convict should forfeit the sum of $150 and the iPhone 11 recovered from him to the Federal Government. 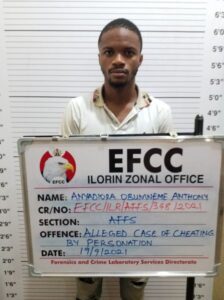 Similarly, the judge was said to have sentenced Chukwuemeka to six months’ imprisonment with N300,000 option of fine, adding that the convict will forfeit the sum of $300 which he benefited from the criminal activity and the iPhone 12 Pro used to perpetrate the crime to the Federal Government.

As learnt, Obumneme was one of the 30 suspected fraudsters arrested on September 19, 2021 by the Economic and Financial Crimes Commission, EFCC in Kwara during raids on some KWASU hostels at Malete.

The convicts were arraigned on separate charges by the Ilorin zonal command of the agency.

During their arraignment, the convicts were said to have pleaded guilty to their respective charges after it was read to them in the language that they could understand.