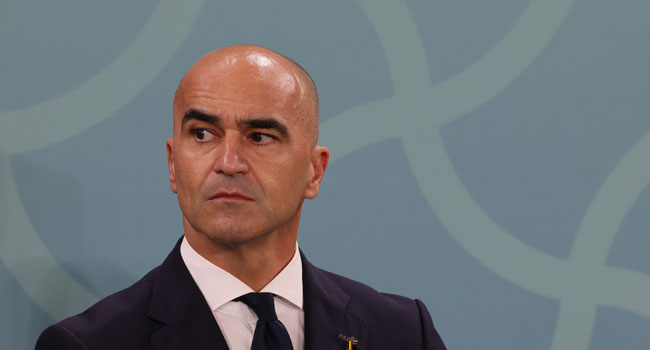 The Portuguese football federation has appointed Belgium and Everton’s former manager, Roberto Martinez, as the new head coach of the country’s national team.

Martinez was appointed following the resignation of Fernando Santos, who guided the country’s football team led by its captain, Cristiano Ronaldo, to lift the recent European nations cup.

The 49years old Spaniard, who was announced on Monday as the new manager would be confronted with the task of surpassing Santos’ achievements including the quarter-final qualification before suffering a defeat from Morocco at the World Cup last month.

Martinez stood down as Belgium coach after six years in charge following their group-stage exit in Qatar, a development that disrupted his achievements with his former employers.

“I am very happy to represent one of the national teams with the best talent in the world. I am very excited to be here. From the first time I spoke with the president of the federation I knew this was a sporting project that would excite me.

“I understand there are great expectations and big objectives, but there is a great team of people at the federation and I have great excitement that together we can achieve those objectives”, he added.

Martinez spent four years as Wigan manager, which included winning the 2013 FA Cup, before a three-year spell at Everton in which they finished fifth once and 11th twice in the Premier League.

Appointed Belgium coach in 2016, he led them to the top of the Fifa rankings in 2018 after they came third at the World Cup in Russia.

Portugal won the 2016 European Championship and the 2018-19 Nations League during Santos’ eight years in charge.

However, they won only one of their three group matches in Qatar and their campaign was overshadowed by Santos dropping forward Cristiano Ronaldo for the knockout matches.

Martinez said: “My point of departure will be the squad of 26 players who played in the World Cup, and Cristiano Ronaldo is one of them.”

Martinez, who was criticized by some for not getting more out of the so-called ‘golden generation’ of Belgian players, including Kevin de Bruyne, Eden Hazard, and Romelu Lukaku, added that he would make decisions “on the pitch and not in an office”.