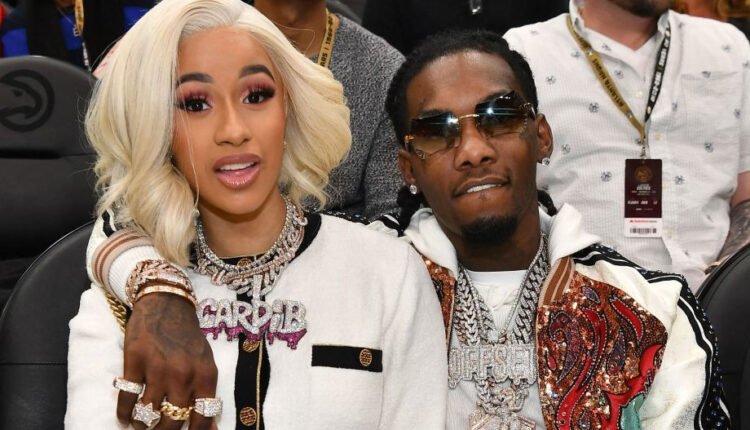 American rapper, Belcalis Almánzar, popularly known as Cardi B has addressed concerned fans on the divorce case filed against her husband during the week.

According to documents obtained from Fulton County Magistrate in Georgia, the rap queen who addressed her fans via an Instagram Live video explained that the reason for their split wasn’t because of Offset’s infidelity, nor for a publicity stunt for her upcoming album.

Cardi B, during the session yesterday, disclosed that she had overtime been emotionally abused because of a man she so much love and adore but this time, decided to take the bull by the horn regardless of the consequences.

She noted that she’s no longer interested in a man who so much cheat without remorse, adding that this is the time for people to grow apart in order to remain happy.

On her twitter handle, Cardi clear rumor on being pregnant and expecting baby, according to her, ‘ there’s no baby on the way, this is the second time people are trying to pin babies over here. No, that’s bullshit.’

It could be recalled that in 2017, Cardi B began publicly dating fellow American rapper Offset of the southern hip-hop group, When speaking on her relationship with Offset, Cardi B told newsmen that it was a blessing meeting him and meeting his friends.

Cardi B and Offset became engaged on October 27, after Offset proposed to Cardi B at the Wells Fargo Center in Philadelphia, during the Power 99,  Powerhouse concert.

On April 7, 2018, Cardi B revealed that she was pregnant with Offset’s child on  Saturday Night Lives, June 25, 2018, TMZ found a marriage license revealing Cardi B and Offset had secretly married in September 2017 privately in their bedroom. Cardi B later went on to confirm this revelation in a social media post.

In July 2018, Cardi B gave birth to her first child, a daughter named Kulture Kiari Cephus and in December 2018 she announced on Instagram that she and Offset had broken up, though the pair later reunited.

In February 2019, the couple made a public appearance for the Grammys, he accompanied her on the stage during her acceptance speech for Best Rap Album.

In September 2020, it was reported that Cardi B has filed for divorce.

“I’ve seen all the love and prayers that you guys have been sending me, however, I don’t really need it. I’m okay. I wanted to let y’all know I have not shed not one tear.

“Every single time that this guy has been so crazy, so fucked up and it hits the media, I’m always crying, always sad because I don’t like that type of shit.

“This time, I wasn’t crying. You want to know why? The reason for my divorce is not because of none of that shit that ever happened before. It’s not because of cheating. I’m seeing people be like, ‘Oh, he has a baby on the way.’ That’s a whole fucking complete lie. That’s the second time people are trying to pin babies over here. No, that’s bullshit.

“I just got tired of f—ing arguing. I got tired of not seeing things eye to eye. When you feel like it’s just not the same anymore, before you actually get cheated on, I’d rather just leave.

“Nothing crazy out of this world happened, sometimes people really do grow apart. I been with this man for four years. I have a kid with this man, I have a household with this man…sometimes you’re just tired of the arguments and the build up. You get tired sometimes and before something happens, you leave.”