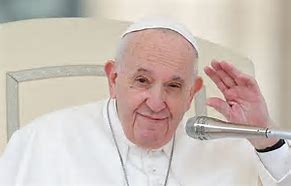 The Vatican has announced that the city head and head of the papacy, Pope Francis, has canceled the lenten service, which is one of principal traditions and rituals leading up to the Catholic holy week, easter, and explained that decision to cancel the event had been due to the Pope’s ill health.

It would be recalled that the holy see had released the Pope’s schedule of events leading up to easter week, which stated that he was to make several appearances including ash wednesday penitential procession from Rome’s Church of St. Anselm to the Basilica of Santa Sabina for Mass, and Lenten service with priests.

According to the vatican, Pope Francis, who was described as ‘slightly indisposed’, canceled the event in order to rest, recuperate and attend to other functions from his palatial  residence in Santa Marta.

It explained that the 83 year old was strong and able to attend to scheduled activities and meetings from his home, but stated that in order to manage the Pope’s ill health, it had been considered pertinent that he cancel all events which were to take place outside Santa Marta, adding that this was by no means reason for concerns concerning health of the Catholic Church head.

The governing body in a statement released through its spokesperson, Matteo Bruni, on Thursday, reiterated that the Pope, though slightly ill, was in no danger and that there was no health crises as regards him, adding that the octogenerian was well up to his duties as shown in released pictures of of meetings which were held in early hours of the day, in the city.

Bruni expressed appreciation for prayers, kind words and expressions of love from Vatican citizens and Catholic faithfuls world over, and urged them to take the Pope’s lenten message to heart and observe rites, obey commandments and eschew sin during and after the lenten period was over.

“Because of a slight indisposition, he preferred to stay inside Santa Marta, all other commitments will go ahead regularly,”

“We appreciate the messages and prayers recieved, May the Good lord answer our petitions during this holy season. Amen”.

Sources closed to the vatican revealed that the 83 year old Pope appeared to have a cold and spoke with a slightly hoarse voice at his general audience on Wednesday and coughed during an afternoon Ash Wednesday service in a Rome church.

According to biographer, Austen Ivereigh, Pope Francis is missing a part of one lung, which was alledged to have been removed in his early 20’s after he suffered from tuberculosis and also suffers leg pain due to sciatica, for which he undergoes regular physical therapy, and is reason behind occasional difficulty climbing steps.