Two soldiers, 24 others die during bandits’ attack in… 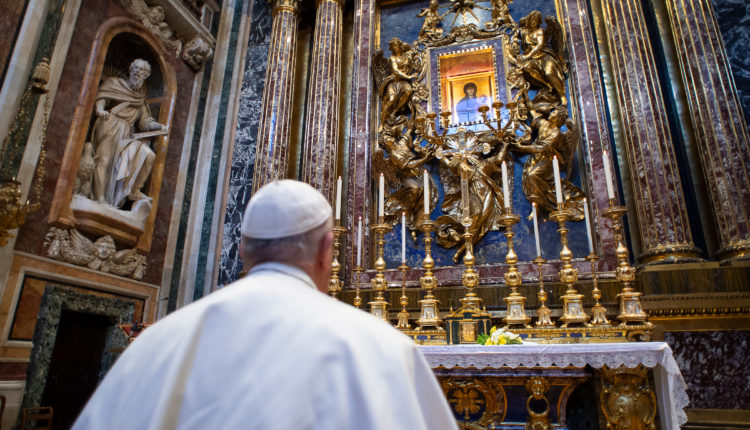 The head of the Roman Catholic Church, Pope Francis, has held prayers entreating God to put an end to the deadly coronavirus pandemic, to heal the sick and grant grace and strength to world health workers who have been doing their best to combat outbreak of the novel disease in various countries around the world.

The Guild gathered that the Pope had been moved by severity of the global pandemic as a result of which the once bustling city of Rome had become empty due to ongoing national lock down and self quarantine, as well as the quick, deadly and worldwide spread of the virus, which had taken toll on loss of lives and countries economic situations.

It would be recalled that the Vatican had, in an unprecedented move, announced that services of the holy week leading to Easter, would be held without the public, and stated that this was in a bid to limit large gatherings so as to curb potential spread of the deadly covid-19 virus among people.

Speaking through a statement released on Sunday in the country, it revealed that Francis had, as a result of its earlier announcements,  made unscheduled visits to holy sites where he was said to have prayed for the health and well being of people worldwide, and also that an end be put to scourge of the global viral infection.

It said that the Pope had also prayed for the sick to be healed and for their families, adding that prayers had also been offered for health workers, food store owners and staff, pharmacy workers as well as all who worked to ease pains inflicted on the world by coronavirus.

The Holy See stated that Francis had held the prayers, after a short procession, at the Basilica of Santa Maria Maggiore and at St. Marcello church where he prayed before a crucifix that was used in a procession when the plague hit Rome in 1522 and expressed belief that the Holy Father’s prayers would bring about swift end to the disease which had plagued the world since its initial breakout in China in 2019.