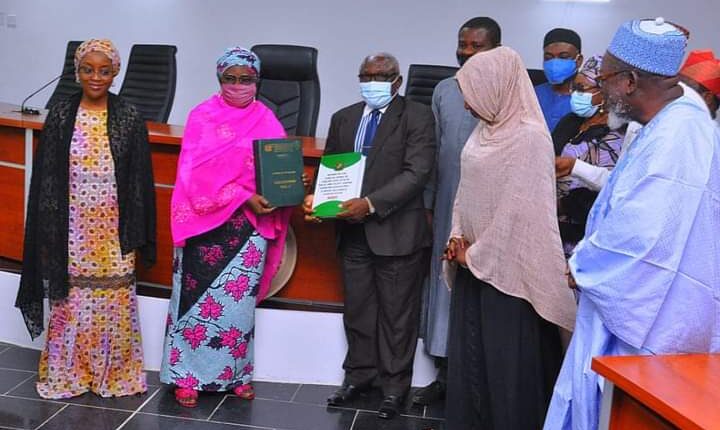 The Kaduna State Deputy Governor, Dr. Hadiza Balarabe, has urged the Federal Government and other relevant national security stakeholders to treat the country’s policing crisis as national emergency, saying there was need for Nigerians irrespective of their location across the country to feel safe and protected the Nigeria Police Force (NPF).

She explained that with the recent crisis rocking the force, including distrust from the citizens that led to last year protest against police brutality, there was need for urgent reforms in the internal workings of the force that would reflect effective and efficient security agency.

The deputy governor noted that part of the needed reforms for the security agency was the urgent need to decentralise the force and bring about sanity to it and ensure trust was build between Nigerians and personnel of the police force.

According to her, the country needs to resolve the constitutional arrangement for policing, especially its funding, its governance, its training and professionalism and the welfare of its personnel.

Speaking on Monday after receiving report of the Judicial Commission of Inquiry into acts of brutality by Police personnel in Kaduna State, held at Sir Kashim Ibrahim House, Kaduna, Balarabe noted that the Governor Nasir El-Rufai led administration had inaugurated the commission last year in response to serious concerns about police accountability.

“You will recall that the Federal Government and the state governments endorsed the demand for reforms to policing. Therefore, the 36 state governors agreed under the auspices of the National Economic Council to establish judicial commissions of inquiry into acts of police brutality in every state.

“The Kaduna State Government complied with this agreement and appointed this Commission to help in establishing accountability for unlawful conduct by police personnel and to create a platform for victims and their families to receive redress for their pain and loss,” she said

Continuing, Balarabe added, “every state government is aware of the prevailing anomaly in policing: the deployment in all the states of police officers controlled by the Federal Government but whose operations are funded by state governments. As recommended by the APC Committee of The Federalism chaired by our Governor, Malam Nasir El-Rufai, it is time to devolve policing powers and institute the necessary safeguards for lawful conduct and the protection of human rights.

“The crisis of policing remains a national emergency. It is in the interest of everyone that our country builds an efficient police force, large enough to be effective, sufficiently decentralised to understand the terrain and build local support, properly trained, equipped and resourced for the job and operating with the highest regard for the law and rights and dignity of citizens.”