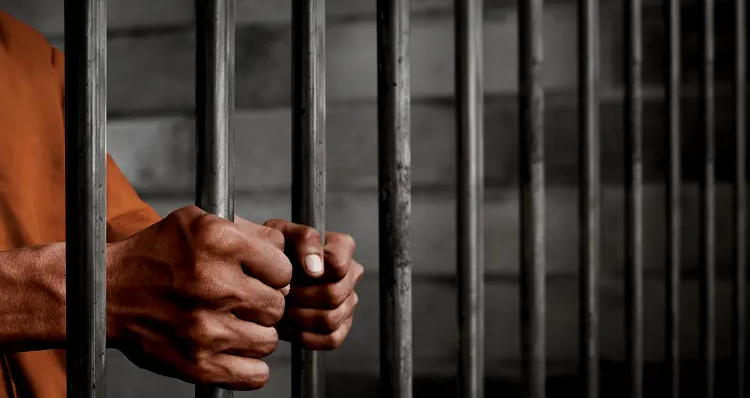 A policeman, Mohammed Alidu, who has been arrested and dismissed following a rape allegation has eventually been sentenced to life imprisonment by an Ikeja Domestic Violence and Sexual Offences Court, Lagos state.

Alidu who defiled a nine-year-old schoolgirl in 2018 was apprehended after the survivor reported the case at the police station.

They Disclosed that the defendant confessed to defiling the survivor, blaming it on the devil but later denied it as an afterthought.

Justice Soladoye who delivered judgement on Alidu on Monday after 4 witnesses testified against him during trial, said the prosecution had convincingly proved the charge of defilement against the convict beyond any reasonable doubt, while also stressing that the survivors’ evidence was fully corroborated by the medical evidence.

Soladayo while sentencing the defendant to life imprisonment with no option of fine said that the vivid and oral testimony of the survivor satisfies the court that the prosecution has proved every inch of the ingredients.

She said the dismissed police officer was a disgrace to the police because he failed to uphold law and order and went about frolicking with an underage girl.

“He is a disgrace to the entire Police because he failed to uphold law and order as he went on a frolic of his own by engaging in bizarre and irresponsible behaviour turning the barracks into a sex den. It is most chilling. The defendant is hereby sentenced to life imprisonment without the option of fine. He should have his name entered in the Sex Offenders Register of the Lagos State Government,” the judge held.

The Guild can confirm that the offence is against Lagos state laws and contravened Sections 137 of the Criminal Laws of Lagos State, 2015