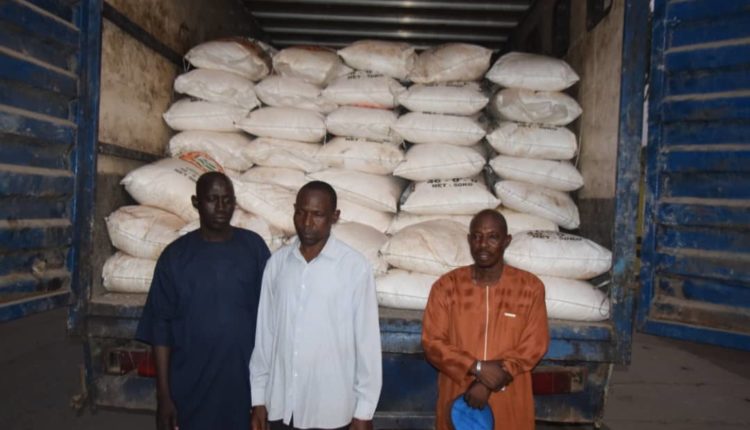 After several investigations, Nigerian Police, Lagos Command has uncovered a syndicate that specializes in fertilizer theft, arresting no fewer than four persons.

The arrest of these syndicate came barely a week after they burgled Flour Mill warehouse in Iganmu axis, carting away 300 bags of Fertilisers at about 16:30 pm.

Confirming their arrest, Police Public Relations Officer (PPRO), Bala Elkana, stated that the company’s security guard and three others were arrested at Daleko Market, Mushin where the stolen Fertilisers was about to be transported out of Lagos.

In a statement on Wednesday, Bala explained that after the warehouse was burgled on 24th December 2019, a team of detectives from Bode Thomas Police Station and crime scene experts were deployed to the scene, to investigate the circumstances that aided the act.

“A thorough analysis of the scene revealed a constructive breaking that depicted the fact that there was an insider’s collaboration. The security guard of the warehouse was taken to the Station for questioning.

He noted that the State Commissioner of Police, Hakeem Odumosu, has directed the State Criminal Investigation Department Yaba to take over the case and charge suspects to Court.