Police turns away bandits after rescuing 11 abductees in Zamfara 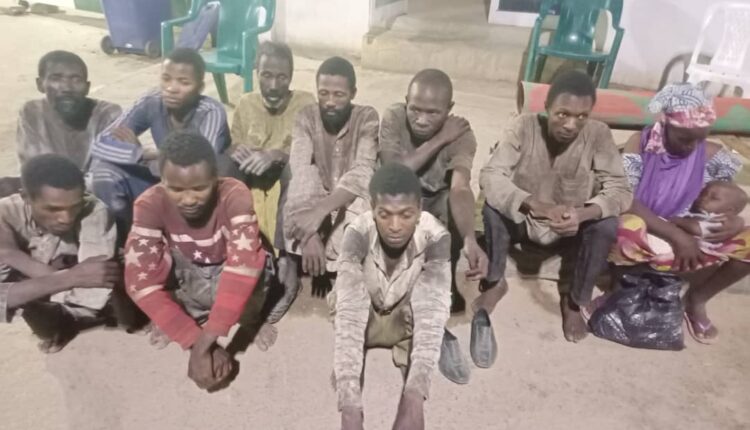 In a bid to protect lives and property in Zamfara State, the Nigerian Police has turned away scores of armed bandits that attacked Yarkala community and recovered ammunition in Bungudu Local Government.

As gathered, the bandits were repelled by a group of personnel attached to Operation Puff Adder that was deployed to forestall possible attacks within Rawayya axis, one of the communities considered to be a hotbed of insecurity in the state.

It was learnt that the personnel were alerted by residents about the presence of a large number of armed bandits that were moving to Yarkala village for an attack mission.

A Police source told The Guild that after the law enforcement received an alert, the operatives quickly mobilised and dislodged the bandits, as a result, the bandits returned to the forest with reported gunshot wounds.

Confirming the attack, Zamfara command spokesman, Mohammed Shehu, disclosed that during a mop-up exercise of the scene, an AK 47 Rifle with breech no. 1983NI2328 and a Magazine containing 10 Rounds of live ammunition owned by a fleeing bandit were recovered and placed under custody.

Shehu noted that the law enforcement agency, in collaboration with the state’s ministry for Security and Home Affairs, also rescued 11 abductees from a forest near Gobirawan Chali in Maru Local Government.

Of the 11 kidnapped victims, one was an indigene of Kaduna state while the others were natives of Kyakyaka, Tungar Haki, and Gidan Ango villages in Gusau Local Government.

According to him, the release of the kidnapped victims was part of the ongoing peace process enunciated by the Governor, Bello Matawalle. All the rescued victims have been debriefed by the Police and later handed over to the Commissioner for Security and Home Affairs who will reunite them with their families”.

Shehu disclosed that an investigation regarding the abduction of the victims has commenced, noting, the outcome will be made public.

Gunmen kill eight miners, injure others during attacks in Plateau