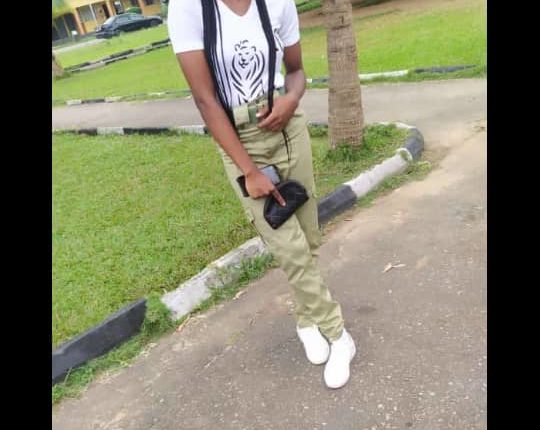 It was gathered that Chinwe, who was kidnapped last Saturday in Epe, was rescued from his abductors at about 2.20 am on Tuesday after a gun battle.

The Guild gathered that the police were led by the Commissioner of Police, Hakeem Odumosu, to rescue the Corp member from her abductors in a swamp forest around Ilamija Nla in Epe Local Government.

It was learned that the Chinwe, who is currently serving at ABC Farm, Ilamija Nla, was abducted on her way to attend CDS meeting within the axis.

After the abduction, the Police Public Relations Officer (PPRO), Bala Elkana, disclosed that the kidnappers demanded N50 million as ransom from the farm management and should be dropped at Ijebu Ososa, Ogun State.

The PPRO, in a statement made available to the Guild, added that the kidnappers later reduced it to N400,000, stressing that no ransom was paid; rather the law enforcement agency engaged them in fierce battle and rescued the victim.

“The victim, meanwhile, was taken to hospital for medical attention due to the shock and trauma she experienced and long-distance trek she was subjected to by her abductors”.

The PPRO, however, disclosed that Chinwe was already in a stable condition, adding, she has just been handed over to the Lagos State Coordinator of the NYSC and her family by the Commissioner of Police.