Police regrets actions against journalists, other essential workers in Lagos 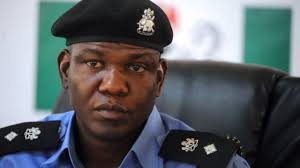 The Nigerian Police Force has shown signs of remorsefulness with an expression of regret over alleged harassment of journalists, medical doctors, and other frontline workers who were reported to have been maltreated in Lagos State after Inspector General of Police, Muhammad Adamu, gave directives on curfew enforcement to flatten coronavirus curve in the country.

It added that the enforcement on dusk to dawn curfew was carried out in error by operatives within Lagos state and assured Nigerians that there would be no reoccurrence of such incidents across the country.

The Force Public Relations Officer (FPRO), DSP Frank Mba, who stated this on Thursday during an interview with newsmen, stated that a fresh signal has been issued by the IGP, directing that essential service workers including journalists, medical doctor, should be exempted from curfew and lockdown enforcement.

Mba further revealed that Zonal Assistant Inspector-Generals (AIGs) as well as Command Commissioners of Police (CPs) have been mandated to effect the directives and make clarifications to the officers under their command to ensure enforcement of the curfew is carried out in adherence to the IGP’s orders.

“Persons who are on essential duty, whether they are medical personnel or security personnel, ambulance services operators, firefighters, journalists, and every other category of persons that falls within the family of essential duties should be allowed to move around particularly when such movements are tied to the performance of their functions.

“Instructions have also been given that commissioners of police should give effect to these directives and clarifications during enforcement of the curfew as well as the restriction of movement.

“On the detaining of journalists yesterday, the situation is highly regretted and the confusion that trailed the enforcement of the restriction order yesterday is highly regretted but as I speak to you there is no journalist in our custody and the directives of the Inspector-General of Police have been carried out to the letter”, he added.

The FPRO refuted claims that policemen had been receiving bribes from Nigerians in order to flout restrictions on movements, saying that adequate enforcement of the directives was faced with challenges due to the unique topography of the country.

He said that state-borders across the nation were ridden with several undocumented routes through which movement could be carried out without the notice of police officers, thus, reducing the efficiency of the inter-state lockdown enforcement and fueling claims that persons were being let through by force operatives.

“We are faced with several irregularities including the existence of several irregular routes and bush paths that are being used by persons who are moving from one part of the country to another. So people can easily move from one part of the country to the other going through bush paths and also going through the community. When these people move from point A to point B, it is very easy for people who are uninformed and who don’t understand the challenges to say somebody somewhere has been bribed.”

Mba urged Nigerians to comply with the movement restriction and curfew orders, adding that the directives had been given with aim to ensure the health and safety of residents in all regions across the country.

“I think we need to understand what enforcement of restriction of movement entails and what enforcement of curfew entails, it requires the collaboration of every stakeholder. When there are curfews that are in place for the overall interest of the citizens, of the country, it behooves on everyone irrespective of position to work together to ensure the success of these restriction orders. You can’t have a scenario where there are restriction orders that are designed to advance the overall interest, particularly in the interest of public health, safety, and the public good, and then people go out of their way to actually try to sabotage the enforcement of those restrictions”, he said.