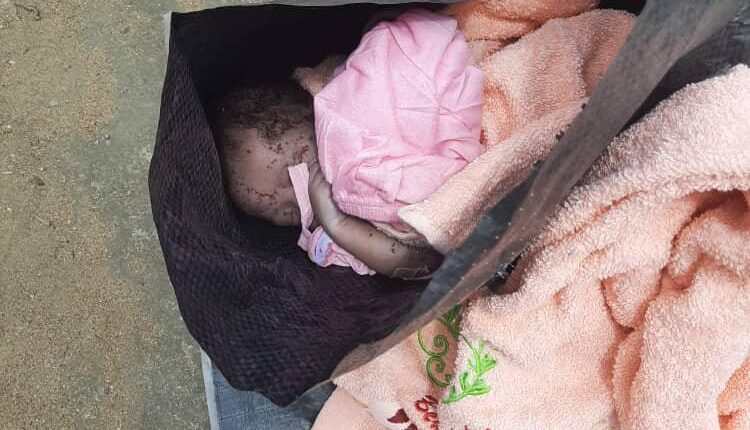 The remains of a day-old baby abandoned beside Ayinke Hospital in Ikeja has been recovered by the Nigerian Police, Lagos Command.

As gathered, lifeless body of the baby was discovered in a polythene bag which was used by the parent to transport the deceased to the location.

Announcing the recovery on Sunday, the Commissioner of Police, Hakeem Odumosu, directed that the State Intelligence Bureau and Surveillance teams to step-up their surveillance and arrest anyone found abandoning babies across the state.

Odumosu, in a statement signed by the command spokesman, Olumuyiwa Adejobi, stressed that the command would prosecute anyone found engaging in the act and punish them in accordance with the law.

The statement: “The Police operatives attached to Ikeja Division of the Lagos State Police Command, on 20th March 2021, while responding to a call from the Security Department of the Lagos State University Teaching Hospital (LASUTH), Ikeja, recovered a lifeless body of a day old baby that was lying beside Ayinke Hospital by Airport Road, Ikeja.

“The police, having discovered the corpse of the baby, contacted the State Environmental Health Monitoring Unit that evacuated the corpse.

“The baby was suspected to have been abandoned by his mother and must have been exposed to risks that caused his death”.