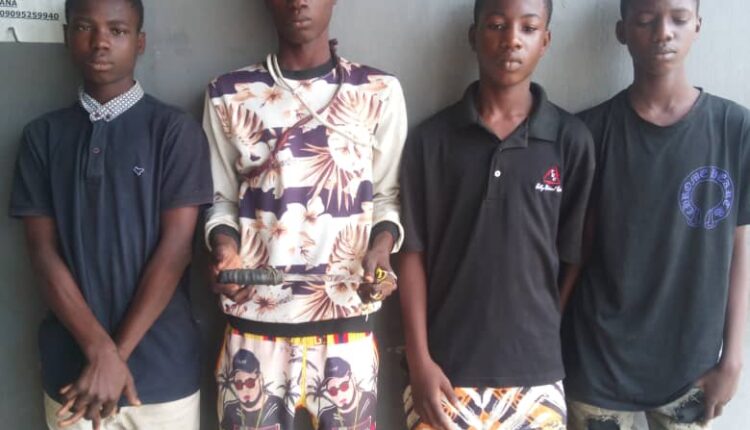 No fewer than three schoolchildren and one teenage apprentice from Ogun State were reported to have been arrested and detained by the Nigerian Police during an attack on a school in Lagos State.

The four teenagers under detention in Lagos were 18-year-old Tosin Balogun, Olayinka Jubril; 14, Sunday Dare and Sani Babatunde who were both 15 years old, just as they were apprehended by the law enforcement agency possessing cuttlasses, weeds suspected to be Indian hemp and assorted charms.

As gathered, Tosin Balogun and Jubril Olayinka were students of Odewale Community High School Ijoko, while Sanni Babatunde; a student of Tunik International School and Dare Sunday, a tailoring apprentice both in Dalemo Alakuko axis of Ogun state.

Confirming their detention on Saturday, the Lagos Police Command spokesman, Olumuyiwa Adejobi, explained that they were arrested by the Alakuko Division of the command during a reprisal attacks in a school in the state.

According to him, the Police operatives were alerted of the planned reprisal attacks on their rivals, who were students of the school yesterday.

He noted that the law enforcement officers rushed to the scene and arrested the suspects before inflicting injuries on students in the school.