Police officer under detention after shooting girlfriend in Lagos 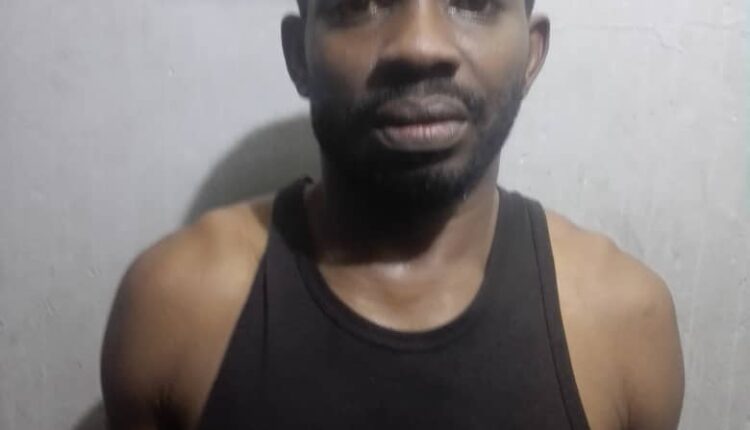 A Nigerian Police officer, Eze Aiwansone, attached to the Special Protection Unit (SPU) in Ikeja, was said to have been placed under detention after allegedly shooting her girlfriend in Lagos State.

Aiwansone was said to have been arrested and detained by Nigerian Police, Lagos Command barely three weeks after he shot his girlfriend, Joy Eze, at Salvation Bus Stop, Opebi, Ikeja area of the state.

Eze, who was said to have had an altercation with the law enforcement officer, was said to have survived the shooting and that she was rushed to the hospital after residents realized that the bullet only shattered her mouth.

After the incident, the suspect, who was reported to have been on the run, was apprehended by his elder brother, a fellow police officer in Lagos State, and handed over to the command for prosecution.

Confirming the suspect’s arrest on Thursday, Police Public Relations Officer (PPRO), Olumuyiwa Adejobi, stated that the State CID Panti has taken over the case on the Commissioner of Police, Hakeem Odumosu’s directives for further investigation.

Adejobi stated that the law enforcement agency would not condone anyone that commits a crime particularly its personnel that was expected to uphold the law in the state.

He said: “The Commissioner of Police has however warned police personnel in Lagos State to desist from any act that can tarnish the image of the police, and be committed to the principles of Community Policing for better service delivery and public safety in the state”.