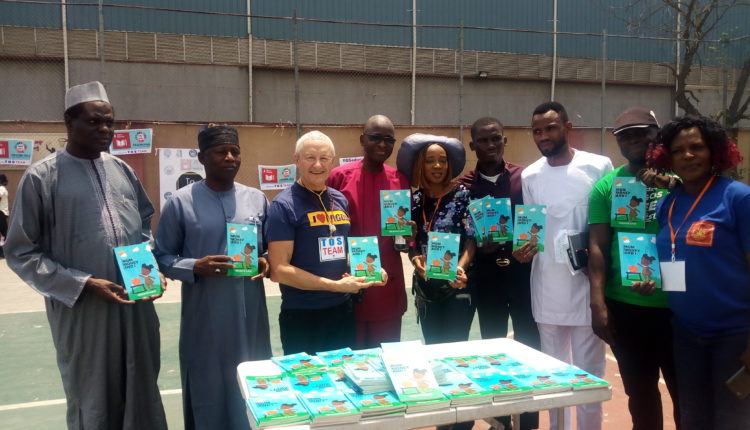 The Lagos State Police Command and a Non-Governmental Organisation, Taiwo Ololade Salvador (TOS) Educational Initiative, have argued that improved reading culture among Nigerian students will liberate and open up life-changing opportunities that will positively impact their status in the society.

They added that any student who reads frequently will not only be knowledgeable but becomes more informed on disadvantages of cultism, other activities within its community and issues happening in other countries.

The Commander of Rapid Response Squad (RRS), an arm of Lagos police command, DCP Olatunji Disu, explained that reading was important not just for educational purposes but also to help students take right decisions in matters concerning them, adding that in order to be relevant worldwide, good reading culture is necessary.

Disu, who spoke at the commemorative book reading event organised by TOS Educational Initiative in the state on Saturday, encouraged students to embrace the culture of reading as it was an important part of life, adding that reading went a long way in combating social ills such as cultism and gangsterism.

The Commander, who was represented by CSP Kehinde Oni, stressed that proper education and adequate reading would keep students from considering options of joining criminal gangs or cults as their minds would have been opened to global possibilities that awaits them after graduating from school.

While decrying rising incidence of cultism in society, the police officer advised scholars to avoid cults, saying that such criminal organisations only gave false hope of wealth, strenght and security in order to lure new members into their fold.

“When you read, your mind is open to possibilities, you become knowledgeable and no one can lie to you anymore about opportunities that awaits you when you become a cultist. Cults and gangs have become a cankerworm eating the fabric of our society, they give false hope to lure in innocents, but I am here to tell you that they have nothing to offer  you.

“Cultists live in fear of their lives, once you jloing a cult your life has become forfeit and you have put your family and loved ones in position of danger simply because they are associated with you”, he added.

Disu urged Lagosians to build on the police force’s efforts by giving relevant information to their local police stations adding that parents, schools, NGO’s and religious bodies also needed to embark on anti-cultism campaigns as well as advocate for adult responsibility.

Convener of the initiative, Ololade Salvador, who explained that the program been as a result of her passion for education, stated that children needed to learn to enjoy reeading for themselves and not simply because they needed to pass exams.

Salvador, an education activist, said that there was so much information available to persons who made move to learn on the internet and that the ability to read was requisite to use of search engines such as google.

She explained that the world had become a global village, and that it would be to the advantage of society if children and scholars were encouraged by everyone to read and expand their minds, views and knowledge through books.

The NGO boss said that though the state had seen a decline in education standard, the State Governor, Babajide Sanwo-Olu had shown commitment to the future through his administration’s T.H.E.M.E.S agenda, and that TOS Educational Initiative was set to build on government’s efforts by advocating on improved reading culture in the society.

She reiterated that the event, which was attended by students from schools in the state, was just one of many initiatives the NGO will be rolling out to inculcate better reading habits amongst students.

According to her, today, we have inculcated in the students on why they should read. And when they leave here, this students will further spread the importance of reading to their friends and relatives.

Salvador, while introducing the event’s special guest, the Director, New York Parks Department, Eric Thomann, said that knowledge was key in development of any society and that knowledge sharing partnerships were important to position Lagos’ students to succeed and compete favourably with their peers globally.

In his speech, Thomann expressed appreciation of the wealth of traditional and practical agricultural knowledge which, he said, was abundant in Nigeria, adding that it was imperative to build on such foundations by students learning as much as they could by embracing good reading habits which, he said would widen their range of experiences.

The American horticulturist encouraged the pupils to put in their best in their studies and should always be motivated to read and learn something new daily.

The students, who spoke with our correspondent, expressed their appreciation to TOS Educational Initiative for considering education of indigent students in the state.

“Miss Taiwo Ololade Salvador, we love you so much and we want to say ‘Thank You’ for all you have done to further the eductation of these children. Now you are bringing an agricultural program for their benefit. We can not thank you enough, and we plegde our full support and cooperation as teachers to the success of the learning garden program”.

The event also witness the launch of a new children’s financial literacy book titled “Mum, money and I”.