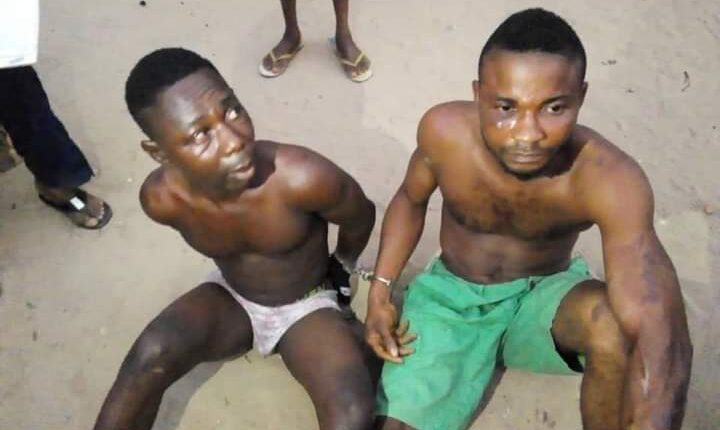 No fewer than four suspected kidnappers were reported to have been arrested and detained by the Nigerian Police, Delta Command for allegedly abducting a resident, William Aduwoma, that was later rescued unhurt by the law enforcement agency in the state.

The four suspects that were picked and detained by the law enforcement officers after others fled were Oletu Augustine and Udumubra Okema, who were both 35years old, Obi Francis; 25-year-old, and one Nwachukwu 24years old.

Items recovered from the suspects were Infinix mobile phones, a car key, belonging to the victim, daggers, and charms that were often used to hypnotise their victims after the kidnap. 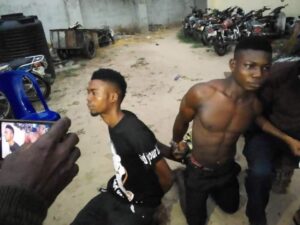 It was gathered that they were at their various hideouts in Aradhe community and Iyeriri Qtrs Ozoro before the policemen stormed the premises and picked them for the crime.

While others fled after realising the law enforcement agency was on their trail, the four arrested were reported to have confessed to being members of the gang that abducted Aduwoma.

Confirming their arrest yesterday, the command spokesman, Edafe Bright, in a statement made available to The Guild, stated that they were picked up from their hideouts by the law enforcement agency.

Bright further disclosed that efforts have been intensified to pick other members of the gang responsible for kidnapping and other criminal activities within the axis.

“You will recall that from the press release issued by the command on 1st April 2021, where the Divisional police officer Ozoro,  Ogedengbe Areguamen, mobilized men to the Aradhe Bush and rescue one William Aduwoma unhurt after the suspects abandon him and ran away due to the pressure from the police. 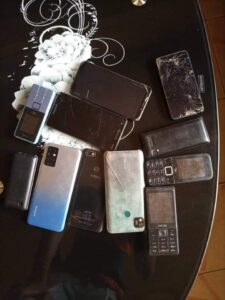 “The Commissioner of police Delta state, Ari Ali, ordered that those suspect must be arrested, so they can be made to face the law, the Divisional police officer Ozoro Division also did not relent. After tireless effort by the police, and swift intelligence gathering, on 2/4/2021, four suspects were arrested”.