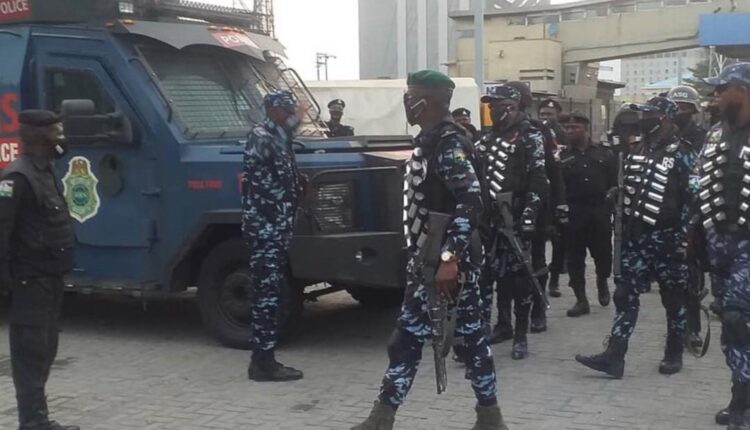 The Lagos State Police Command has disclosed that it has commenced investigation into alleged molestation of popular comedian, Debo Adebayo, also known as Mr. Macaroni, and 39 other occupy Lekki tollgate protesters arrested during yesterday’s demonstration in Lagos.

The command added that the investigation team would be led by the Deputy Commissioner of Police, State Criminal Investigation Department (CID) Panti, DCP Adegoke Fayoade, and that all avenues would be explored in bringing perpetrators to book.

The state’s Commissioner of Police, CP Hakeem Odumosu, said that the investigation had become imperative following viral video where the arrested protesters were allegedly being molested in a bus by some individuals after their arrest.

He added that the Fayoade-led investigative team has been mandated to analyse the video and bring to book to those responsible for the act in serving as detterents to others officers from unprofessional and inhuman act.

“In as much the command is resolute in enforcing all laws in the state, it will not deviate from the Standard Operating Prosecure of the Nigeria Police Force and provisions of the law in discharging its duties. I assure you that the command will fish out those responsible for the molestation and ensure they are punished for thier unprofessional conduct,” the commissioner was quoted as saying in a statement by the command’s spokesman, Olumuyiwa Adejobi.

He further urged Lagosians to be law-abiding and maintain peace at all times as the police and other security agencies would not allow any violence and break down of law and order in any part of the state.

It would be recalled that Mr. Macaroni, and 39 other occupy Lekki tollgate protesters bail was granted by a Mobile Court sitting in Yaba after pleading not guilty to the charges leveled against them by the Nigerian Police.

The protesters were arraigned before the court by Nigerian Police on a three-count charge bordering on conspiracy, conduct likely to cause a breach of peace, and violation of COVID-19 protocols set by the Federal Government.

Confirming their release, the Police Public Relation Officer (PPRO), Lagos, Olumuyiwa Adejobi, in a statement made available to newsmen on Saturday, said that the court further adjourned the case to 2nd March 2021.

He noted that the court further ruled that on the adjourned date, the defendants must appear before it with a ertificate of COVID-19 test, proving their status.

The statement reads: “In addition, the command has arrested forty (40) suspects at Lekki Toll Gate plaza, Lagos State, on Saturday 13th February 2021, for conspiracy, conduct likely to cause a breach of peace and violation of COVID-19 protocols.

“The suspects had gathered at the Lekki Toll Gate plaza creating tension and behaving in such a manner that could cause a breach of public peace without due regard for COVID-19 protocols major of which are the use of nose masks and social distancing.

“The command has however arraigned the suspects today to the mobile court at Panti, Yaba accordingly but were however granted bail by the court. They will appear in court on the next date of adjournment, 2nd March, 2021, with the certificate of COVID-19 test”, it added.