Buhari recommends prayers, others for Nigerians against… 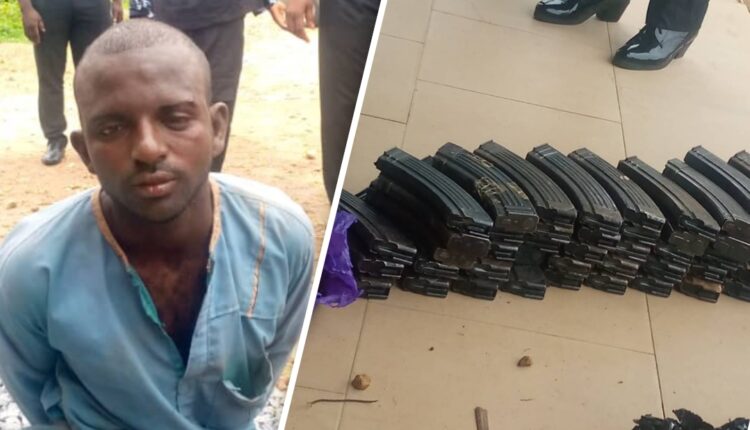 The Nigerian Police has arrested and detained a 35-year-old man identified as Abubakar, who was conveying 53 AK-47 Guns and 260 rounds of live ammunition to an unknown destination in Nasarawa State.

As gathered, the suspect was intercepted by the law enforcement agency while conveying the weapons in Akwanga Local Government and was nabbed for illegal possession of firearms in the state.

The Police Public Relations Officer (PPRO) for the command, Ramhan Nansel, who confirmed the suspected arms dealer’s arrest during an interview with newsmen on Saturday in Lafia, the state capital, stated that the suspected who would be prosecuted in accordance with the law of the country.

Nansel also disclosed that a Toyata Camry vehicle with number plate Abuja RBU 267 EU which was stolen in New Nyanya, Karu Local Government of the state has been recovered by law enforcement officers attached to the command.

“A suspected criminal who has been on the wanted list of the Nasarawa State Police Command for offenses ranging from armed robbery to kidnapping was sighted today at Alushi Junction, Akwanga LGA.

“A detachment of police operatives attached to Akwanga Division were immediately deployed to the area and one Likita Abubakar, a 35-year-old man was arrested and we were able to recover 53 empty magazines, 260 rounds of live ammunition, and a cash sum of N38,500 as exhibits.

“Also, a detachment of Police detectives attached to New Karu Division swung into action and were able to trace the vehicle to Kafanchan area in Kaduna State where we arrested one Emmanuel Adakole Onyilo who was in possession of the vehicle and he has confessed to the crime,” he added.