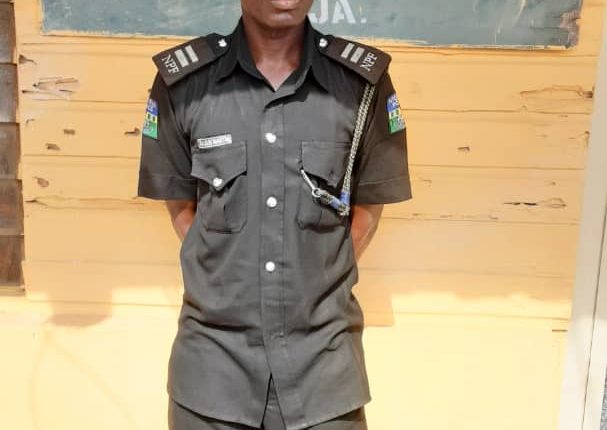 The  Lagos Police Command has disclosed that it has began trial of one of its officer, Taloju Martin, for allegedly extorting N40,000 from a motorist whose vehicle was claimed to had been impounded for violating lockdown directive issued by Federal Government, to gain control over coronavirus in the country.

It was gathered Martin’s detention was sequel to a viral video on social media where he was seen counting N40,000 claimed to had received from owner of a vehicle he impounded for violating the restriction of movement order and  that Lagos State Commissioner of Police, CP Hakeem Odumosu, directed that the matter should be investigated to ensure the command take needed action against the officer.

Before his detention, Martin was said to had been deployed to Ago Police Station as station officer by the command to strengthen law enforcement within the axis.

Confirming the trial, the Police Public Relations Officer, PPRO, Bala Elkana,  said the attention of the Lagos State Police Command was drawn to a video on social media in which an the inspector was captured counting money collected from owner of a vehicle he impounded for violating the restriction of movement order and that action was

Through a statement issued on Sunday from office of PPRO, the command stated that Martin was identified as officer in the video accused to had unlawfully collected money from the motorist and that he arrested to serve as a deterrent to other officers that still engage in unethical acts in the state.

“The complainant has also been identified. The money extorted is recovered and handed over to him by the Commissioner of Police.