Police hands over 400 inmates rescued from kidnappers den to government 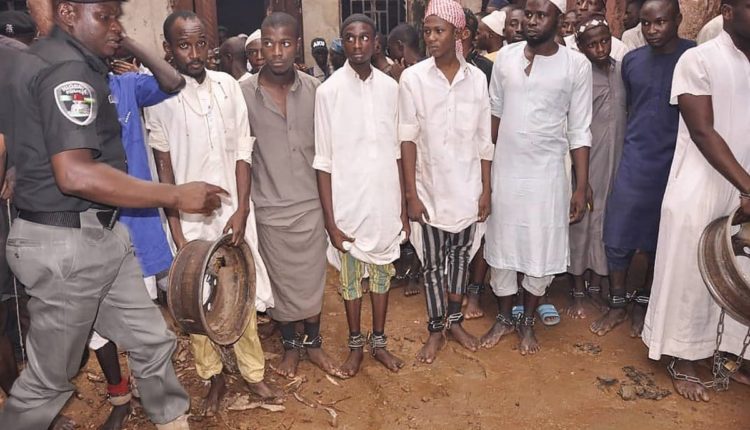 The Kaduna State Police Command said it had handed over to the state government nearly 400 inmates of a rehabilitation centre at Rigasa in Kaduna, rescued on Thursday.

Parents of some of the children had disputed police claims that the inmates were being abused and held against their wish.

The Sabo defended the police raid on the centre, saying it was based on reports of torture and abuse, not whether the inmates were willingly taken there by their parents.

“Whether or not they were the ones who handed their children over, there is limitation to what can be done to human beings, even by parents. According to law, even if it is the father that subjected his child to inhuman treatment, there is a level where he will be held liable for his action,” the state police image maker said.

“Nobody is questioning whether the parents took their children there, what we are saying is that inhuman treatment is meted out to those children in violation of the law. The school in question have no license to operate as well. The agencies of government that are supposed to supervise them are not put into consideration. As far as we know, they have not tendered any document to show that they are licensed,” he explained.

“Even if you are licensed, it does not give you the right to go ahead without having the required manpower and skills to carry out the programme. All these are not there,” Sabo said.