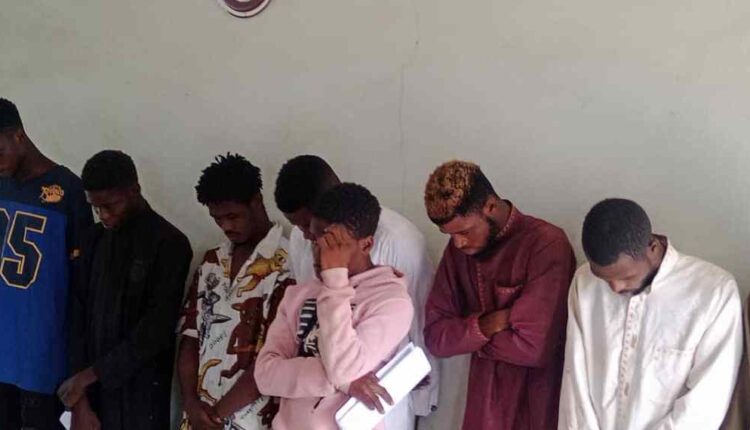 The eight suspects arraigned before a Kwara State High Court sitting in Ilorin by the Nigerian Police over the murder of a 300-level student of the University of Ilorin (UNILORIN), Blessing Olajide, were said to include her neighbours and fellow students in the varsity.

While the prime suspects were identified as Abdulaziz Ismail, Ajala Moses and Oyeyemi Timileyin, the accomplices in the crime were identified by the law enforcement agency as Kareem Osioyemi Rasheed, Abdulkareem Shuaib, Abdulateef AbdulRahman, Daud Adebayo and Akande Oladoja and were apprehended by the Department of State Security (DSS).

They were arraigned before Justice Ibrahim Yusuf of the Kwara State High Court and were slammed with 11-count charge bordering on rape and culpable homicide in the state.

Some of the offences read in court before the suspects on Wednesday in Ilorin include criminal conspiracy, armed robbery, aiding and abetting of crime, receiving stolen property, conspiracy to rape, rape, culpable homicide and theft.

During the court proceedings, at least three of the suspects were discovered do not have any counsel to defend their rights before the court, a development that made the judge adjourn the case to July 6 for hearing.

Olajide, who was residing with her elder sister in Tanke axis of Ilorin, was allegedly raped and murdered by the suspects last month in the state.

After her murder, it was learnt that the suspects, who were said to have taken away her Automated Teller Machine (ATM) card and mobile phone, left a note on her chest with a bold inscription to her family and relatives, saying ‘Unilorin doesn’t forgive.’

Nigerian problem is not about religion, ethnic differences – Buhari