Police hands over 400 inmates rescued from kidnappers den to… 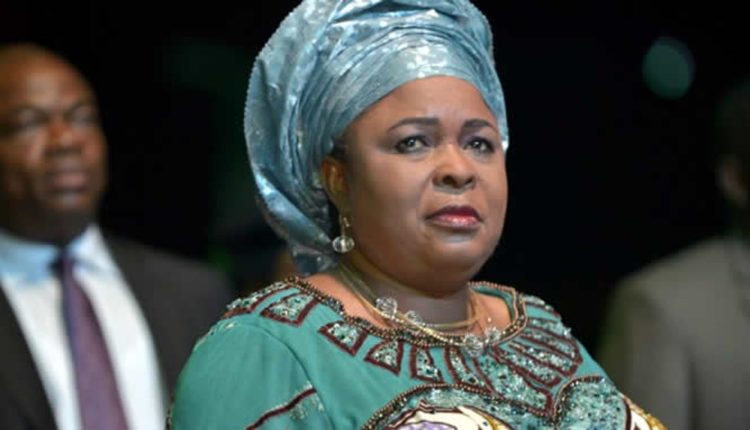 The Bayelsa State Police Command has arraigned 15 persons before the State High Court sitting in Yenagoa over alleged plot to kill the former First Lady, Dame Patience Jonathan and rob her of her valuables worth over N.3billion.

They all pleaded not guilty to all the charges.

In the charge sheet, the count 1 accused the arraigned persons of conspiring to commit murder which is an offence punishable under section 252 of the Criminal code law cap. C14 laws of Bayelsa State.

According to the charge, ”All the accused and some at large, sometime in the month of June, 2019 at Otuoke community in Ogbia local government within the Ogbia Judicial Division of the state high court did conspire to kill Her excellency, Dame Patience Jonathan,former first lady ,there committed an offence.’

”That you and some other persons at large,on the same date and place aforementioned Judicial division of Bayelsa did steal seven gold bangles and jewelries, five Samsung Air Conditioner,Two sets of upholstery chairs,six Samsung flat screen television stands at two hundred Million naira (N200,000,000).These are property of Dame Patience Jonathan and there by committed an offence.”

It would be recalled that operatives of the Operation Puff Adder of the State Police Command had in June arrested some persons over alleged involvement in the illegal entry into his home in Otuoke community in Ogbia local Government area, carting away jewelries, custom made walking stick and other valuables worth over N.3billion.

It was gathered that one of the arrested suspects, who is a management staff of the Aridolf Resort, Hotel and Spa owned by  Patience Jonathan had mysteriously duplicated the keys to the rooms where the valuables were kept and led the forceful entry and gradual looting of the valuables.

It was also gathered that after some domestic staff to the former President discovered he was informed and he quickly called in men of the Bayelsa Police Command to effect their arrest and recover the looted valuables.