Buhari hands over Plateau game reserve, nine others to state… 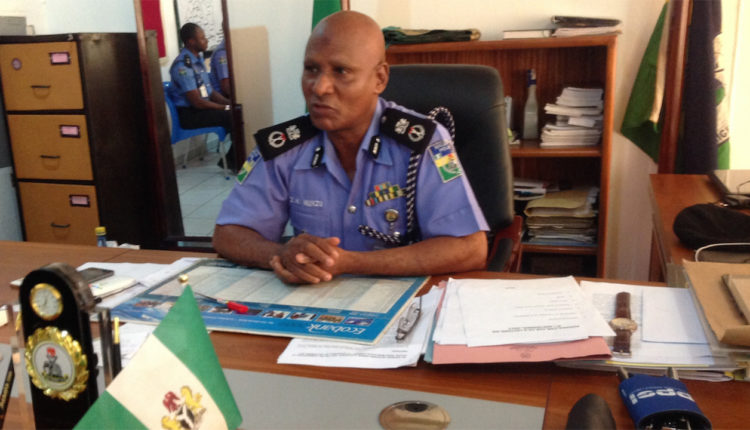 The Lagos State Commissioner of Police ( CP), Zubairu Muazu, has said that the State Police Command arrested 40 armed robbery suspects, 29 suspected cultists, and 19 other suspects for murder in the last one month.

Muazu during a press conference in Lagos on Monday, said that the state had witnessed a reduction in violent crimes over the last few months as a result of the robust crime prevention strategies put in place by the command.

“I appreciate Lagosians for their support to the command in terms of providing us with credible information on criminal activities. I also thank the media houses for their support and contributions. Together, we will continue to make Lagos State safe for everyone,”Muazu said.

The CP said that seven dismissed soldiers who used to operate in military uniforms around Ijegun and its environs in Ipaja area of the state had also been arrested for armed robbery.

“In February, a commuter who was travelling from Ibadan to Ijegun in Baruwa Estate in Ipaja area of the state was accosted and dispossessed of his black Lexus car RX330 at a gun point by the dismissed soldiers.

“Members of the SARS operatives apprehended the members of the gang that were alleged to be found of operating around Ijegun in Baruwa Estate, Ipaja, Iyana-Paja, Ishashi and Ikotun areas of Lagos,” he said.

“The suspects have confessed to be responsible for a series of robberies within Ijegun and its environs and will be charged to court,” he said.

The CP also said that 11 notorious traffic robbery suspects who specialise in snatching phones, money and other valuables during traffic gridlocks from unsuspecting members of the public had also been arrested.

Muazu said that they confessed to be members of ‘Eiye’ Confraternity and also confessed to be responsible for a series of robberies at traffic points and other areas of the state.

“Investigations revealed that one Ahmed Oyebode, a suspected cultist and a motorcycle operator used to give his bike out for robbery operations and used to receive stolen phones and cash derived from such operations as his reward. One Seyi Ogundele and Ogunmola Akintayo are also well known leaders of the `Eiye’ cult in Ejigbo. The suspects will be charged to court,” he said.

He added that the suspects used to operate around Bariga areas of Lagos state , robbing passers-by of their valuables.

Muazu said that the suspects had confessed to be members of the `Eiye’ confraternity that used to terrorise Bariga and Oworonshoki areas of Lagos state.

He added they would be charged to court.

The CP also said that the ring leader of `Awawa’ Boys, Toby Akinbayo, a.k.a. ‘Scorpion’ had been arrested by the operatives of ‘Operation Crush’ attached to Area ‘G’ Command, Ogba.

“Akinbayo is the most dreaded in the hierarchy of cult leaders and his gang is responsible for a series of violent crimes and social disorders in the state. Particularly, they operate around Agege, Dopemu, Elere, Ijaye-Ojokoro, Alakuko, Pen Cinema, Abattoir and Oko-Oba areas of Lagos State. Two other members of the gang have also been arrested. The suspects will be charged to court,” he said.

Muazu also said that three suspects, two men and a lady who specialise in blackmail had been arrested by the Nigeria Police Force.

He said that one Aspita Mercy, Jonathan Ukonues and Emmanuella Ozeegi were arrested in connection to blackmailing their victims and dispossessing them of their valuables.

“Their modus operandi include using the lady to lure married men to hotels where video clips of their mischievous acts will be taken and used to threaten their victims. The suspects have confessed to the commission of the crime and will be charged to court,”  the police commissioner said.